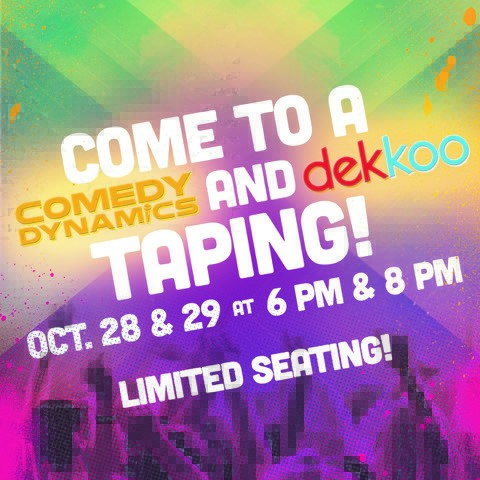 We are thrilled to announce that Dekkoo has teamed up with the good people at Comedy Dynamics to produce an upcoming special that will debut on Dekkoo in the near future.

Comedy Dynamics is one of the largest independent comedy production and distribution companies in the world. They’ve produced hundreds of comedy specials and have worked with a wide range of established and emerging comedic talent including Kevin Hart, Louis C.K., Aziz Ansari, Jim Gaffigan, Katt Williams and many more.

While we can’t give away the specifics just yet, we would like to invite those of you living in the Los Angeles area to the filming of this very special Dekkoo event.

Space is limited so it will be first come first served!

For those of you not in the Los Angeles area – keep your eyes peeled for more details in the coming weeks!