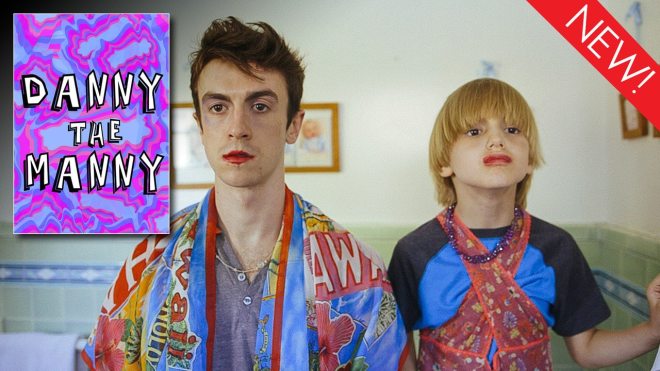 Danny is a babysitter struggling to balance his lives as a gay man dating in his twenties, an actor auditioning in Hollywood, and a babysitter looking after a surly six year-old named Quinn. When he discovers Quinn has a penchant for cross-dressing, Danny resolves to uncover the truth behind this inclination. Is Quinn under the LGBT umbrella, or is his hobby just a phase? What’s a manny to do? ‘Danny the Manny’ is now available to stream on Dekkoo.com!

‘The Michael Henry Collection For The Homosexual On The Go’ is a fun, light, important array of videos targeted towards the humorous homosexual. If you feel ready to step into this world of perfection, jealousy, high society and farts click on the clickable area of this section. Brought to you by Michael Henry, a weirdo. The second collection of Michael’s hilarious short videos are now available to stream on Dekkoo!

16 year-old Jack Strong is a San Francisco high school student, who attempts to reconcile his sexuality with his Christian upbringing. He courageously asserts — in song no less! — that his challenge is to live genuinely despite pressure from his parents and church to change who he is. Watch ‘Flight to Sinai’ on Dekkoo.com!