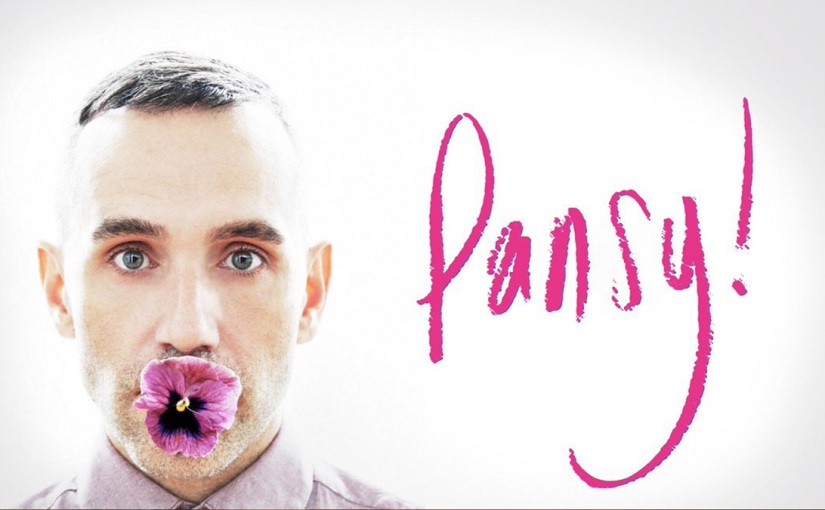 Artist Paul Harfleet’s family had always accepted his sexuality, but it was a different story outside the home. Like many young gay people, he regularly faced abuse. So, like any artist worth his salt, he turned that trauma into something brilliant: The Pansy Project.

Harfleet plants pansies at sites where some form of homophobic abuse has taken place. He’ll go to the location, find the nearest source of soil and (generally without civic permission – ssshhh!) plants one unmarked pansy. The flower is then photographed (beautifully, we might add), uploaded to his website, given a title inspired by the abuse. Titles like “Let’s kill the Bati-Man!” and “Fucking Faggot!” reveal a frequent reality of the gay experience, which often goes unreported to authorities and by the media in certain parts of the world.

This simple action operates as a gesture of quiet resistance. Some pansies flourish, while others wilt. The artist began by planting pansies to mark his own experience of homophobia on the streets of Manchester, but now he plants them for others both on an individual basis and as part of various festivals and events.

Harfleet has visited cities all over Europe. To date, he has planted almost 300 individual pansies. His photographs have been exhibited internationally in Berlin, Paris, London and his hometown of Manchester, where the project began.

Following Harfleet as he brings the project to France for the first time, the new documentary Pansy is now streaming on Dekkoo. From Paris to Marseille, via Lille, Strasbourg and Avignon, Harfleet goes searching for testimonies and exposes the prejudices and discrimination gay people still face.

Check out the trailer for Pansy below and make sure to watch the full film on Dekkoo.