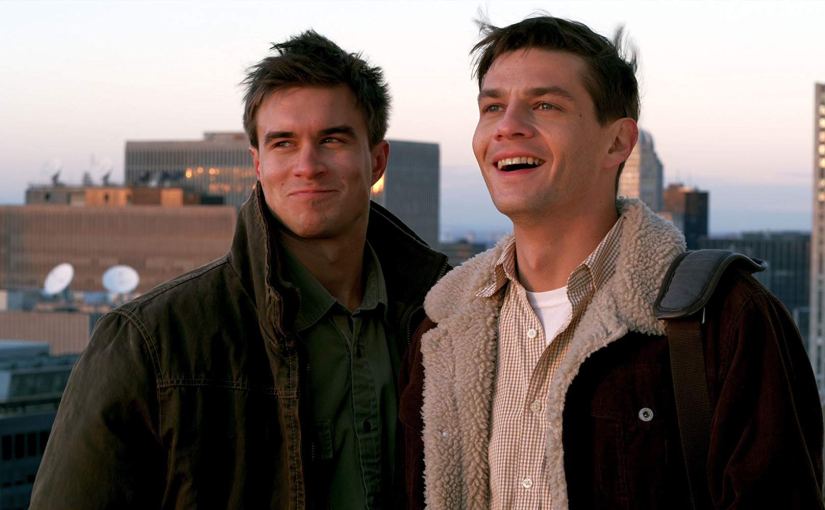 They have been trained to meet danger head-on, to execute vital strategic maneuvers while flying at breathtaking speeds. But after a series of fatal accidents, a close-knit squadron of male Navy pilots begins to splinter – and becomes the focus of a criminal investigation. As a government agent digs to uncover the cause of the accidents, two of the pilots engage in a secret, forbidden relationship. Their affair is exposed… and the squadron is engulfed by an incendiary scandal that will challenge each pilot’s notions of friendship, love, honor and courage.

Set during the 1990s, when “Don’t Ask, Don’t Tell” was the standard operating procedure, Burning Blue examines a gay romance that wasn’t permitted to blossom. Trent Ford and Morgan Spector are electrifying as Dan and Will, two men who can’t resist one another… until they ultimately must to protect their squadron and one another. Emotional and provocative, this debut film from director D.M.W. Greer does for the U.S. Navy what Brokeback Mountain did for the open range of Wyoming.

Burning Blue is now streaming on Dekkoo. Check out the trailer below.