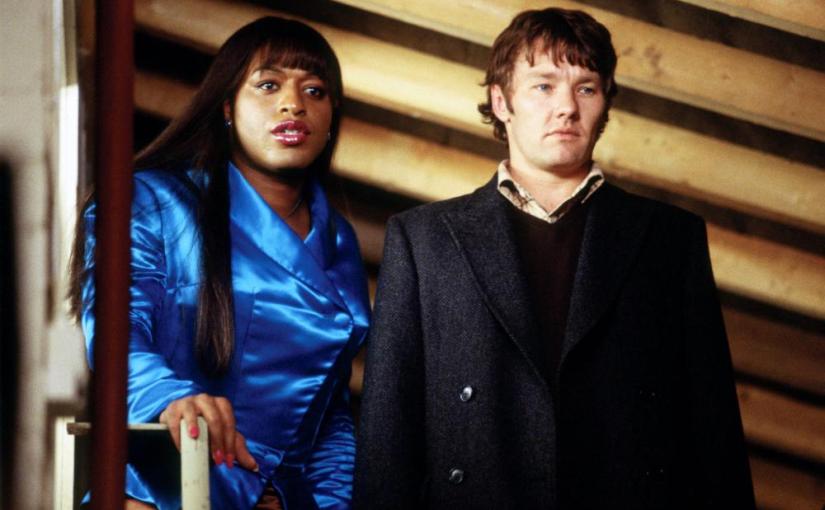 Released in 2005, Joel Edgerton, Nick Frost and Chiwetel Ejiofor, none of whom had quite broken through to major movie stardom (but would soon).

For generations, the Price family has made very sensible, very conservative shoes for men. When young Charlie Price (Edgerton) inherits the struggling business, he turns to an unlikely new creative consultant to save the business from imminent bankruptcy: a sassy cross-dressing cabaret singer (Ejiofor), whose outrageous style and wild designs are a breath of fresh air in the stuffy old factory.

Check out the original trailer for Kinky Boots below and then strut your stuff on over to Dekkoo to watch the full film.