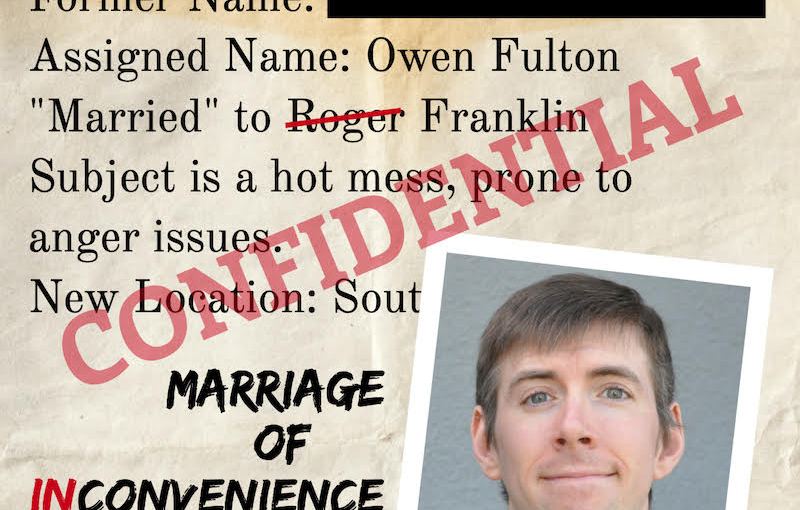 To create the complete first season of the six episode, laugh-out-loud-funny LGBTQ comedy streaming TV series Marriage of Inconvenience, the team at My Pet Hippo Productions if asking for some financial help.

They have the actors, they have the crew, they have the first season, six-episode script – written by the father/son comedy team of Jason T. Gaffney and Ed Gaffney (The Perfect Wedding, Analysis Paralysis) – and they have that incredible Holy Grail of film and TV production: Distribution with Dekkoo! Because of that, they have most of the money we need for this more ambitious project. With your help, they can raise the balance of the budget needed to put together something that you (and we) will love. A kick-ass, laugh-out-loud-funny and (romantic!) comedy series with the highest quality writing, performances, and production, at a fraction of the cost of a typical Hollywood TV show. No excuses, no compromises.

You can get a whole lot more information – and learn how to donate – by clicking HERE and visiting the Marriage of Inconvenience Kickstarter page. We can’t wait to share the full series with you sometime in the near future!