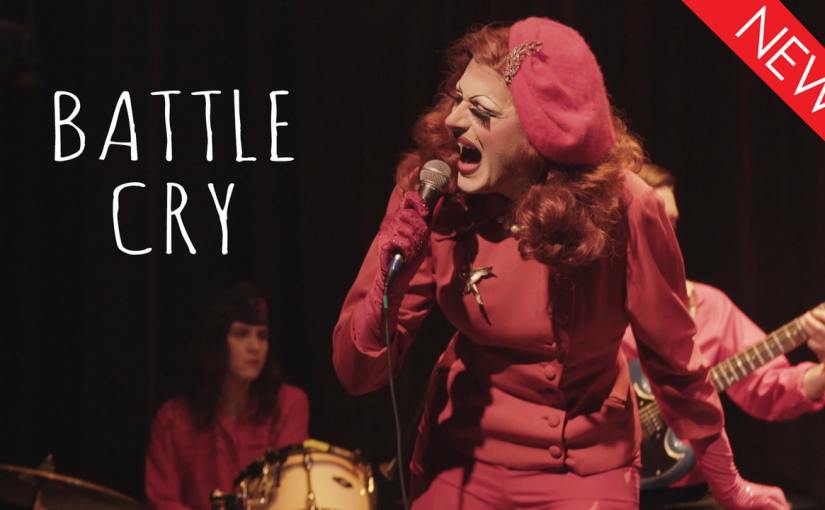 In 2016, Kyle won the inaugural Inside Out BravoFact Pitch Competition, receiving a $50,000 grant to produce his short, What About Shelley, which screened at festivals worldwide, including Canada, the US, Germany, China, and Iceland. His short film Vertical Lines won Best Men’s Short at 2018 Wicked Queer Boston, and Best Screenplay at the 2019 Future of Film Showcase. Currently, he is developing his first feature film.

Kyle’s latest short film, Battle Cry, is now available on Dekkoo. At the oldest-running queer theatre in the world, Toronto’s most cerebral drag queen and “tragicomedienne” Pearle Harbour prepares to take the stage for her new show “Battle Cry: Songs Of Warfare & Gaiety”.

Watch a short clip from Battle Cry below. The film is now available on Dekkoo.