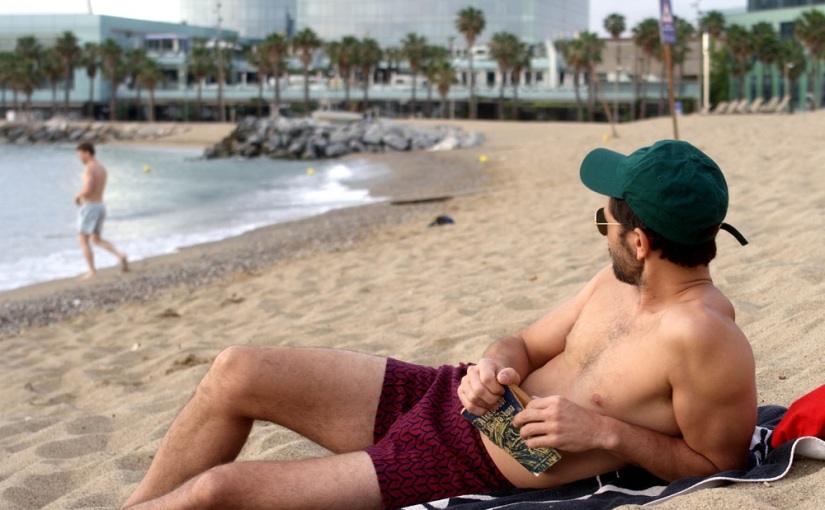 In his alluring debut feature, End of the Century, writer-director Lucio Castro offers up both a sun-soaked European travelogue and an epic, decades-spanning romance.

When Ocho (Juan Barberini), a 30-something Argentine poet on vacation in Barcelona, spots Javi (Ramón Pujol), a Spaniard from Berlin, from the balcony of his Airbnb, the attraction is subtle but persistent. After a missed connection on the beach, a third chance encounter escalates to a seemingly random hookup. But are these two merely beautiful strangers in a foreign city or are they part of each other’s histories—and maybe even their destinies?

Castro deliberately parses out mystery after mystery, leading the audience on a journey of discovery as the two leading men discover themselves and each other. With sumptuous lensing of a Barcelona summertime and tangible chemistry between the actors, End of the Century is a love story that echoes across time.

Watch the trailer for End of the Century below. The film is now available on Dekkoo.