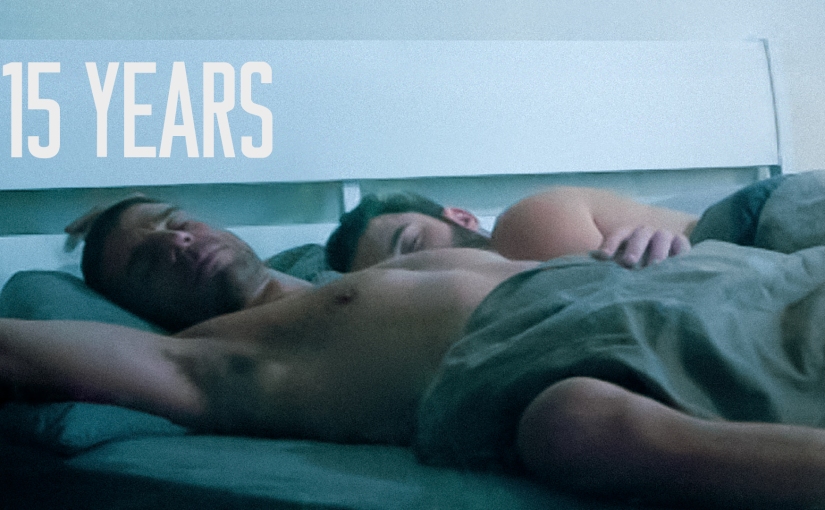 Yoav (Oded Leopold), a successful architect, has everything he’s ever wanted: Dan (Udi Persi), his lover of fifteen years – a younger lawyer who adores him; and his best friend, Alma (Ruti Asarsai) – a successful artist, who is like a mother and a sister to him.

However, when Alma announces she is pregnant, it ignites Dan’s desire to become a father himself. But Dan’s parental urges have the opposite effect on Yoav, who is haunted by long buried demons.

Yoav’s tight grasp on his life begins to come apart, leading to self-destructive behavior that threatens to destroy his life with Dan, unravel his friendship with Alma, and cost him everything.

Sexy and thoughtful with great acting and gorgeous cinematography, 15 Years is a thought-provoking drama from writer-director Yuval Hadadi, making his feature-length debut.

Watch the trailer for 15 Years below. The film is now available on Dekkoo.