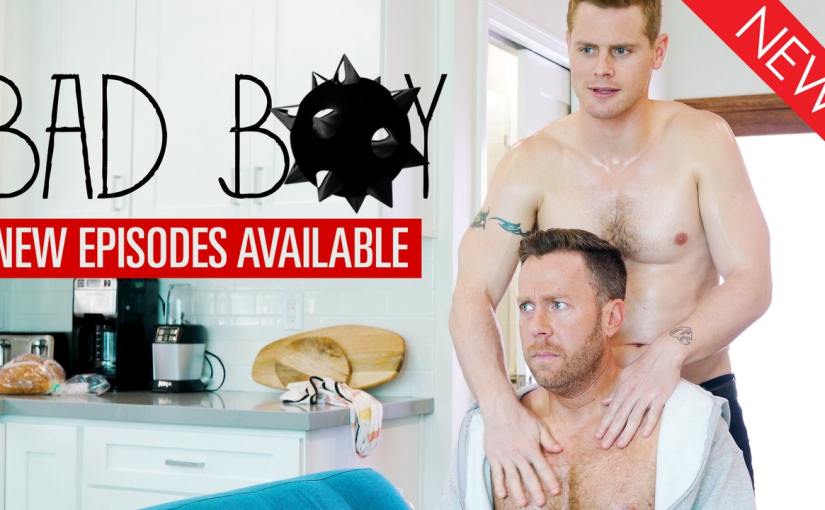 Sort of like The Odd Couple with the fast-paced sensibility of 30 Rock, the series Bad Boy  – with new episodes now available on Dekkoo – explores the dynamic between Mack (Tony Harth), a young, dumb-ish “bad boy” with a crazy past, and Scott (Artie O’Daly), a straight-laced man Mack has chosen to adopt as his “Daddy”… much to Scott’s frustration.

Both characters are gay (Artie is in real life; Tony, sadly, is not) and gay themes and undertones are woven into the comedy.  Plus, there is a hell of a twist in store.

After releasing the first episode online, Bad Boy garnered hundreds of thousands of views. With limited resources, the creative team behind the show set out to complete what were clearly in-demand new episodes.

The lead actors originally met doing a play in Los Angeles. Artie, who also directs the series, is a prolific actor who has been on shows such as “Modern Family”, “Silicon Valley”, “The Big Bang Theory” and “General Hospital.” He also co-created the web series Successful People (which you can also watch now on Dekkoo). Tony is a recent arrival to L.A. from the state of Wisconsin and has already appeared in multiple commercials and sketches.  Together, they made Bad Boy, which took on a life of its own. Now they’re chasing it wherever it goes!

The first twelve short episodes are all available now on Dekkoo.