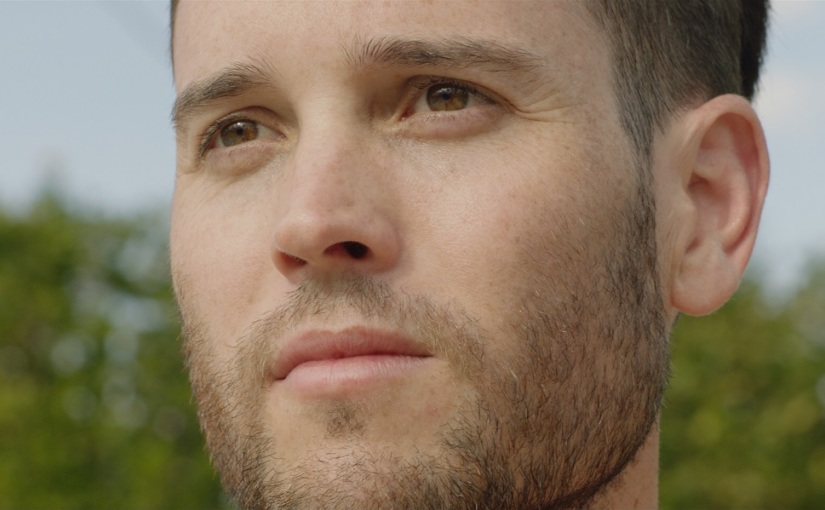 Anyone who’s ever said that monogamy is hard has never been in a triad. Jason (Sean McBride) realizes this firsthand after finding himself entangled in the relationship of two older gay men, Carl and David (Corey Page and Ryland Shelton). From the outside, they’re a picturesque married couple that has it all: the brand new house equipped with a sparkling pool in the backyard and a fabulous parade of friends to attend their Palm Springs parties. But despite their seemingly perfect lives, they find themselves lacking in the romance department, and they think Jason could be just the thing to keep the embers of their relationship burning. But that’s the thing about fire—when you start a flame, you run the risk of being burned. And where this wild flame will go is just one of the many alluring aspects this series stirs up.

The show’s creator, Matthew Lynn, keeps viewers on their toes from the first episode’s enticing intro, delicately balancing between the lines of titillation and suspense, comedy and drama, love and hate. Similar in tone and cinematography to HBO mega hits like Big Little Lies and Looking, The Third is a grounded series drama that brings a powerful visual punch to queer entertainment. Lynn’s picturesque cinematography finds a new foothold in the gritty atmosphere of dark comedy, elevating both the genre and the expectations of its audience in the sweep of a single season. Although this series is by no means restricted to the queer genre, it’s in many ways a giant step for queer entertainment that will no doubt create a ripple effect in future endeavors.

In a world where queer shows (and, let’s be honest, queer people themselves) are still marginalized, Lynn takes representation to a new level, and it’s thanks to his own personal experiences that this revolutionary look into polyamory is now reaching a global audience. After Lynn’s family disowned him when he came out at the age of 23, a gay Palm-Springs couple took him under their wing. It was under their roof that he began exploring his sexuality and eventually entered into his first triad. In the queer mecca of Palm Springs that Lynn considers “the gayest place on earth,” he grew into the man—and filmmaker—that he is today.

After attending grad school at AFI, Lynn worked as a cinematographer on various projects and eventually formed his own team, Bridge the Divide Media. After expressing interest in bringing his own triad experience to the screen, he and his writing partner began their work. During the process, Lynn found himself in yet another triad, further priming him to bring one of the most honest portrayals of polyamory to queer entertainment.

After speaking with Lynn about the series, it was evident that his main goal was to forge a new path to acceptance for those who don’t fit the mold of society’s expectations. He said, “I want to bring empathy and awareness to a different perspective on life. When we set out to make the show, I wanted middle-American people to understand exactly what a polyamorous relationship is and that gay people are far beyond just gay. They’re real people with real feelings and lives.” Filled with visceral emotions, The Third succeeds in that by connecting audiences to the people behind the polyamory and giving those pushed to the perimeters of society the spotlight.

Dekkoo is proud to showcase such a revolutionary show amongst its ranks of queer entertainment, and Lynn and his team are just as thrilled to be there. Through this global platform, Lynn is excited to “offer awareness to the gay community and give hope to anyone that wants to pursue a [polyamorous relationship].” In addition to advocating for #teamtriad, Lynn urges people to share their own stories. When asked if he had any advice for aspiring storytellers, he said, “If you’re willing to speak your truth and be you, then you’re going to help other people. Your story is important, and it’s worth the struggle to tell it.”

For those interested in keeping up with the inspiring work that Lynn and his team are doing, you can check out his website here and the production team’s website here. You’ll want to stay up to date on his upcoming project, Legacy, in addition to future installments of The Third and more! Until then, you can enjoy the first season of The Third here—only on Dekkoo!