It’s time for a deep cut from the vaults! ‘The Consequence‘ (Die Konsequenz) is a film directed by Wolfgang Petersen, famous for directing films such as: ‘Das Boot’, ‘Air Force One’, ‘The Perfect Storm’, ‘Troy’ and one of my all time favorite films: ‘The Neverending Story’ (cue Limahl!).

‘The Consequence‘ was a radical film for Western Germany at the time. A story involving two completely open homosexuals (and dealing with underage sex between men) was something unique at the time and even caused a Bavarian television station to completely halt their transmission of it in 1977. The film stars long-time Petersen collaborator Jurgen Prochnow (‘Das Boot’, ‘Dune’) as Martin, a convicted homosexual facing 2 1/2 years in jail for his relationship with a 15-year-old. While in jail he meets
one of the guard’s sons, Tomas, whom he immediately forms a bond with. After Tomas and Martin spend a night together in the prison they fall madly in love and consequently their relationship in the movie matures over the span of several years mostly involving waiting for each other to leave various prisons and reformatories. It’s an epic in the best way possible and lovingly tended to by both the director and the actors who throw themselves into the creation inspired by Swiss writer Alexander Ziegler who had to live through many of these same trials.

Ultimately I can’t promise an extremely happy ending, but I can promise a journey that is well worth it. By the end you’ll feel like you’ve watched both of these characters grow up and learn some hard facts of life. Der Speigel said, ‘it is, above all, a natural love story in black and white – one of the most private and credible to have been seen on the screen in a long time.’

Oh and just a heads up: You’ll notice that the subtitles are a little hard to read in places, but currently this is the only available element that has English subtitles.

Watch it with: A friend who appreciates historical queer
cinema.

Mix it with: A good bottle of German wine. 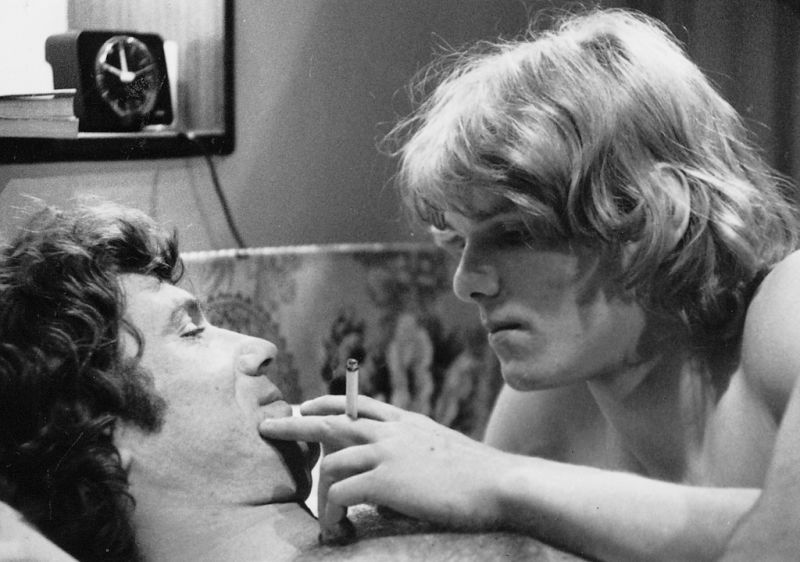 Coming next week: A sexy romantic comedy from
the director of ‘eCupid‘ and ‘Is it Just Me?‘