In this poignant gay cinema classic, the first film to deal with the AIDS epidemic, a New York City gay man in a monogamous relationship becomes a “buddy” or a volunteer friend to another gay man dying of AIDS. Director by Arthur J. Bressan Jr. died of complications from AIDS two years after the film was released. ‘Buddies’ is available to stream on Dekkoo!

A former high school track athlete’s distorted views on love, negatively affects the people closest to him. Watch season 1 and season 2 of ‘Cheetah in August’ now on Dekkoo!

Dave and Andrew reach a new level of closeness in their relationship when they share their personal experiences with self-harm. ‘Vertical Lines’ is now available on Dekkoo!

In the small English village of Kromer, the local residents are angered by the wild parties held by the promiscuous ‘wolves’ who dwell on the edge of town. When a woman is killed by her servants, they manage to put the blame on the wolves, who soon find themselves hunted by an angry mob. Watch ‘The Wolves of Kromer’ now on Dekkoo!

For voice over artist Daniel, life in London is one long ride of demanding client calls and awkward Grindr meets, but when his mother visits from the US, he is forced to re-evaluate how authentically he is living his life. ‘Clothes & Blow’ is available to stream now on Dekkoo!

This documentary explores the daily life of a woman who provides shelter for those rejected by family and society. At her home she welcomes her friends within the LGBT community and provides them with a safe place away from persecution. ‘Upon the Shadow’ is available to stream now on Dekkoo!

In the third and final season of the Dekkoo-original series, Nate has at last put Joey behind him and moves forward in his career and friendships. That is, until an opportunity presents itself that makes him question everything he knows about L.A. All the while Jeff, Andy, Nicole and Mick navigate what it is they want and need in order to finally feel…fine.

The new season of ‘I’m Fine’ is available to binge-watch now!

Two men meet for a passionate sexual encounter that ends up getting far more personal than either had imagined. Tackling issues of self-image, the prescribed sexual roles of gay men and notions of masculinity, this short film shows what happens when two attractive young guys cut through all the sexual tension and really start getting intimate. Dekkoo Films presents ‘Rubber Dolphin’.

‘The Pink Angels’ is an outlaw-biker movie from 1971 about a gang of gay bikers on their way to a ball to compete as drag queens. B-movie gold and, considering it was released in the early 70’s, treats its LGBTQ+ characters with respect.

Pour yourself a milkshake and experience the magic, music, and mirth of the all-time favorite camp-tastic classic: ‘Can’t Stop the Music!’ This (highly fictionalized) story depicting the creation of disco icons The Village People provides the framework for an outrageous musical extravaganza as only producer Allan Carr (Grease, Grease 2) could deliver. Stream ‘Can’t Stop the Music’ now on Dekkoo!

A chance meeting changing attitudes and lives. With a hint of Woody Allen in style and feel. A simple story of 2 strangers brought together by a dog. It delves into the ideas of solitude and loneliness and how a simple human act of kindness can instill hope. ‘The Definition of Lonely’ is available now on Dekkoo!

Coming next week: The second season of ‘Woke’!

At the suggestion of a straight friend, gay man Leo joins a men’s group, where he causes some upsets by declaring his attraction to one of its members. Watch ‘Bedrooms & Hallways’ now on Dekkoo!

A couple on the verge of separation explore the fear of being single. The gay short film ‘Circles’ is now available on Dekkoo!

This colorful and sexy feel-good musical comedy follows Paul and Eddie, two hot young actors staring in a stage play that adds a healthy dose of homo-eroticism to the story of Genesis. As the two young performers dive deeper into their roles, their love lives start to mirror the themes they’re dealing with in the play. Watch ‘The Big Gay Musical’ now on Dekkoo!

Coming next week: Required viewing for anyone who believes in equal rights for all. – The Apollo Guide

Liam, a young man wracked with confusion after an incident guides him on a mission of self-discovery, faces choices that risk changing his life forever. Stream the gay short film ‘Crossroad’ now!

This poignant documentary focuses on the cultural and social movement known as “Queercore”, an offshoot of punk that was distinguished by its discontent with society’s disapproval of the gay, bisexual, lesbian and transgender communities. ‘Queercore: How to Punk a Revolution’ is now playing on Dekkoo! 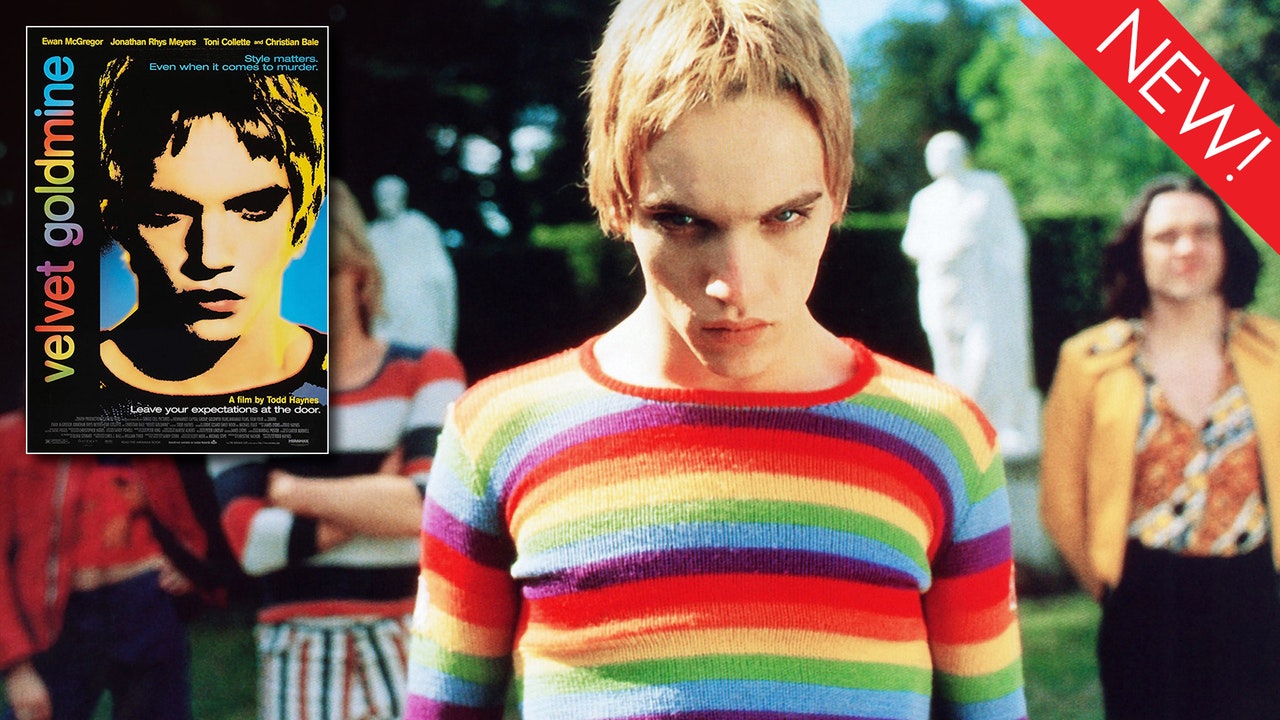 The second season of the hilarious series ‘Successful People’ is now available to binge-watch on Dekkoo! After ten years of trying, Chet and Laura finally get a songwriting deal… on the same day Laura gives birth. The double whammy causes Laura to struggle to balance her priorities, while Chet begins to seek connection in the world of casual hook-ups for the first time. But everything could change when high school friend Kimberly realizes there’s more to Chet and Laura than they’ve ever believed.

A man living alone confronts a mysterious infestation in his apartment. Watch the short film, ‘The Exterminator’ now on Dekkoo! 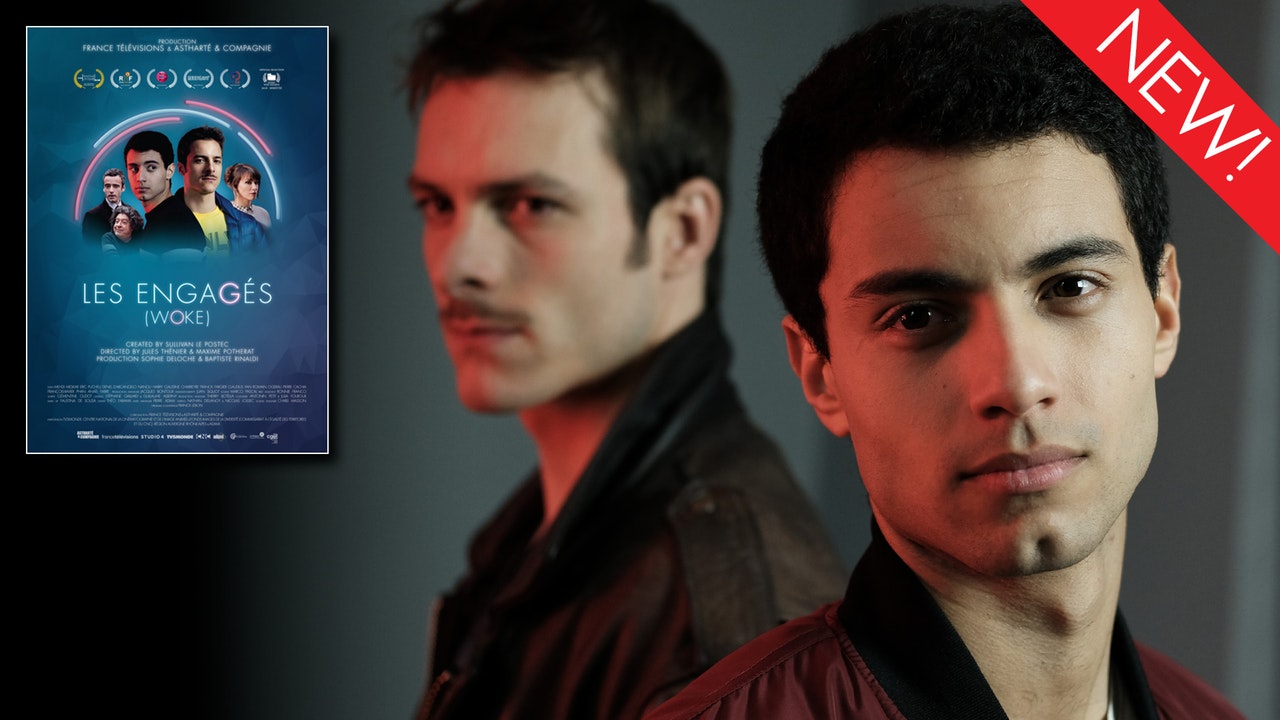 Hicham runs away from his home and comes to Lyon, looking for Thibaut, a young man who tried to kiss him a few years earlier. Thibaut is an activist at the ‘G-Spot’, a LGBT Center. Hicham enters his world, apprehensive but enthusiastic. However, as Hicham begins a journey to find his own identity, he comes to understand that Thibaut isn’t exactly who he appears to be. ‘Woke’ is available to binge-watch now on Dekkoo!

An average gay guy discovers a magic website that can change him into the fantasy man he desires, but there is a price to pay. ‘VGL-Hung!’ is available to stream now!

Coming next week: Two men of color work together to maintain a healthy relationship in a society where they are set up to fail. 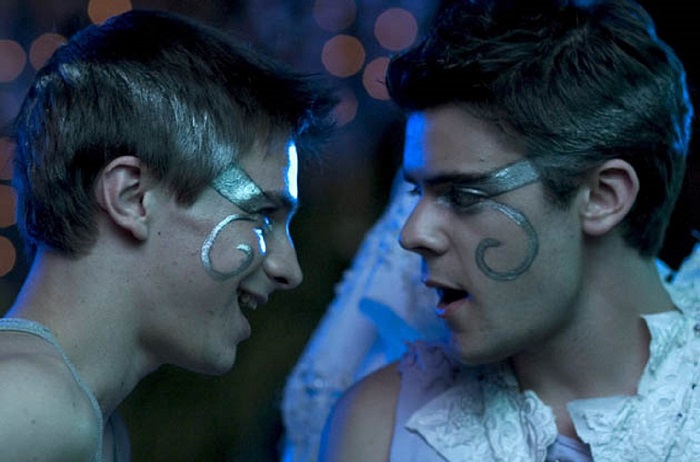 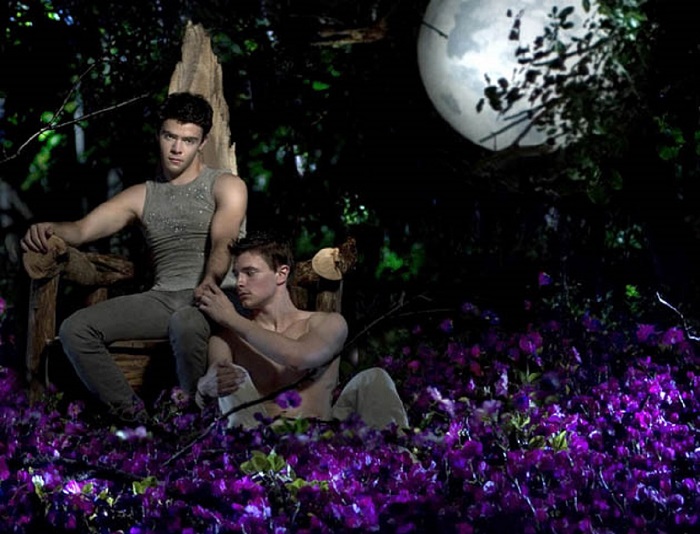 This acclaimed 1994 romantic drama from maverick queer filmmaker André Téchiné takes place in takes place at the tail end of the Algerian War in 1962 and follows French 18-year-olds Maite and Francois during their sexual and emotional coming-of-age. ‘Wild Reeds’ is available to stream now on Dekkoo!

While on holiday at his family’s home in Provence, Frédéric’s seemingly perfect family life is disrupted when he meets his neighbor, a gay graphic artist named Hugo. Watch ‘The Man of My Life’ on Dekkoo!

Matt is a closeted serial killer on the hunt for love and acceptance in a pretty messed up world. Watch Demons, now streaming on Dekkoo!

Coming next week: The Nordic summer is all about getting screwed!