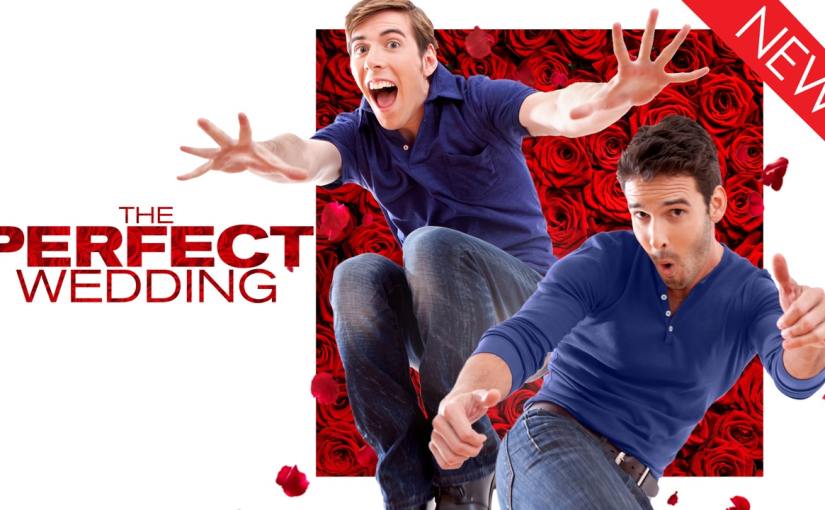 Charismatic, handsome Paul is a recovering alcoholic, eighteen months sober, but still picking up the pieces of the destruction he’d wrought while drinking. He lives at home with his parents, Richard (James Rebhorn) and Meryl (Kristine Sutherland), and with their support and the help of his AA sponsor Zach (Sal Rendino), Paul is learning how to live one day at a time.

But Christmas is approaching, and Paul’s adopted sister Alana (Apolonia Davalos) is coming home for the holidays. This won’t be just a regular family celebration — she’s recently engaged and the weekend will be spent planning her June wedding. She’s bringing her best friends Roy (Roger K. Stewart) and Vicki (Annie Kerins) home with her, to help with the task.

Problem is, Roy is Paul’s ex-boyfriend, and their relationship was a casualty to Paul’s drinking. In fact, the two young men haven’t seen each other since their very messy breakup. Nervous about seeing his ex again, Roy talks his good friend Gavin into joining him for the weekend, and pretending to be his new boyfriend.

When Paul and Gavin meet, sparks of attraction fly — but Gavin thinks Roy’s still hung up on Paul. And of course, the last thing Paul wants to do is hurt his ex all over again.

Meanwhile, like all families, the Fowlers must deal with bad news as well as good, and we discover that patriarch Richard has been recently diagnosed with early on-set Alzheimer’s. He is essentially symptom-free, but Meryl is terrified of what the future holds and throws herself into planning a lavish wedding for their daughter, Alana. Even though Meryl knows it’s foolish, she wants to create a wedding so big and so beautiful that no one — not even Richard — will ever forget it.

When Paul realizes that his sister’s wedding plans are getting steamrolled by their mom, he gets involved and convinces Alana’s fiancé Kirk (Brendan Griffin) to re-propose to her, asking her to marry him that very day, in a small ceremony at sunset near the water, with only close friends and family attending, just as Alana has always imagined. And with Paul’s help, Richard also confronts Meryl and convinces her to join him in the present instead of living burdened with the uncertainties of the future.

The proposal, the intimate wedding, and Paul and Gavin’s ultimate connection are touching scenes in a warm and funny story about a very real, modern American family.

This charming romantic comedy follows two men, Paul and Gavin, who meet over of the holidays while planning the “perfect wedding” for Paul’s sister. Watch ‘The Perfect Wedding’ now streaming on Dekkoo!

In this one man play, producer, playwrite and actor Del Shores plays six distinct characters he has created based on people in his life. They are all Southern caricatures but more complicated than they may at first seem. Stream ‘Six Characters in Search of a Play’ now on Dekkoo!

Female prejudices towards men are explored in this humorous short about a young woman has two unexpected meetings in the Jardin de Luxembourg. ‘No Comment’ is now available to stream on Dekkoo! 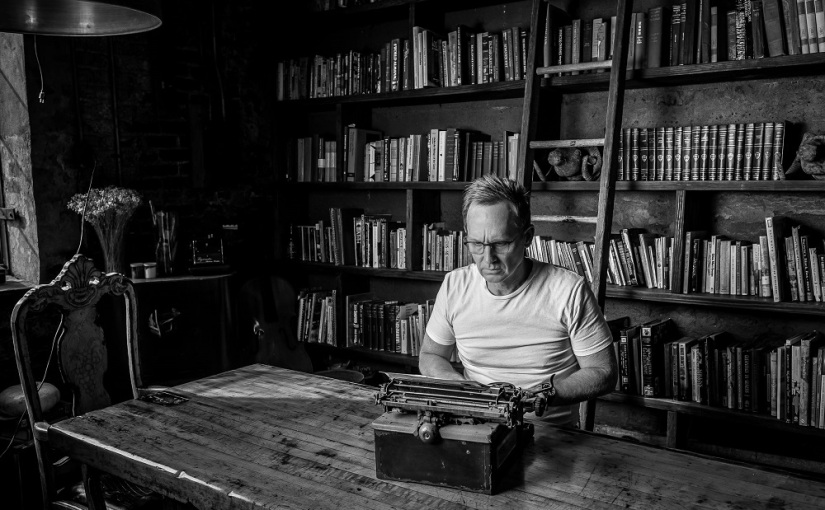 Sordid Lives creator Del Shores new filmed one-man show proves once again that he is not a writer, he’s a self-proclaimed thief. In Six Characters In Search Of A Play, Shores is inspired by Pirandello’s classic play to bring you six characters inspired by his real-life encounters that haven’t quite made it into one of Shores’ plays, films or TV shows.

Del Shores has written, directed and produced successfully across studio and independent film, network and cable television and regional and national touring theatre. His career took off with the play Daddy’s Dyin’ (Who’s Got The Will?) in 1987, which ran two years, winning many Los Angeles theatre awards, including LA Weekly’s Best Production and Best Writing. The play has subsequently been produced in over 2,500 theatres worldwide. A movie version was released in 1990 starring Beau Bridges, Tess Harper, Judge Reinhold, Keith Carradine and Beverly D’Angelo.

Sordid Lives, his fourth play, opened in Los Angeles in 1996 and ran 13 sold-out months. The play went on to win 14 Drama-Logue Theatre Awards, including three for Shores for wring, directing and producing. There have since been over 300 additional stage productions of the play. In 1999, Shores wrote and directed the film version of Sordid Lives starring Beau Bridges, Delta Burke, Olivia Newton-John, Bonnie Bedelia, Leslie Jordan and Beth Grant along with most of the cast from the play. Opening in only eight theaters across the country, the little film that could took in nearly two million dollars in its limited release and became a cult phenomenon.

Watch the trailer for Six Characters in Search of a Play below. The film is now available on Dekkoo.

A gay sauna is the meeting place for a ragtag group of strangers looking for anonymous sex and perhaps a friendly smile in this supremely human dramedy.

On any given day at Copa 181, tucked in a corner of the Copacabana neighborhood in Rio, expect to find Tana and his wife Eros, an opera singer who finds acceptance for her incredible gift at the bathhouse. Joining them are a host of men ready to pay for the muscle-bound escorts. These include Leo, who tried to keep his relationship with trans girlfriend Kika a secret. Kika, a housecleaner by day, entertains nightly from the tiny stage and dreams of an elusive stardom that is just out of reach.

Everyone at Copa 181 falls under the joint spell of the sex and escape from mundane reality the bathhouse offers and audiences, too, will fall under the seductive spell.

Watch the trailer for Copa 181 below. The film is now available on Dekkoo.

Jason and Ade (“Looking” star Russell Tovey and Arinze Kene) are nineteen. They’ve been in the academy of a famous London soccer club since they were eight, and now it’s the night before their first-ever game as professionals.

Though they should be sleeping, the boys find themselves over-excited. They exercise, fight, laugh, and talk. And then, suddenly, Jason kisses Ade. In the high-profile sporting world where image is everything, this surprising pass sets the men up for a contrasting decade of fame and failure, full of secrets, denial and sensual secret encounters.

Based on a stage play and featuring terrific performances, The Pass is a relentlessly sexy and deeply heartfelt examination of sports, friendship and homoerotic tension.

Watch the trailer for The Pass below. The film is now available on Dekkoo.