Marco Berger, the maverick Argentinian filmmaker behind Absent, Young Hunter, Taekwondo, The Blonde One and many more, turns his unparalleled eye for the male form to one of the world’s largest displays of masculine bodies- a traditional South American Carnival.

Using two men as our primary guides, we watch the men of the town prepare and, eventually participate, in parade like no other.

The sensual joy of watching the men of Gualeguaychú transform in to Dionysiac figures via costumes, glitter and feathers is the perfect canvas for Berger’s talents.

Watch the trailer for The Carnival below. The film is available now on Dekkoo. 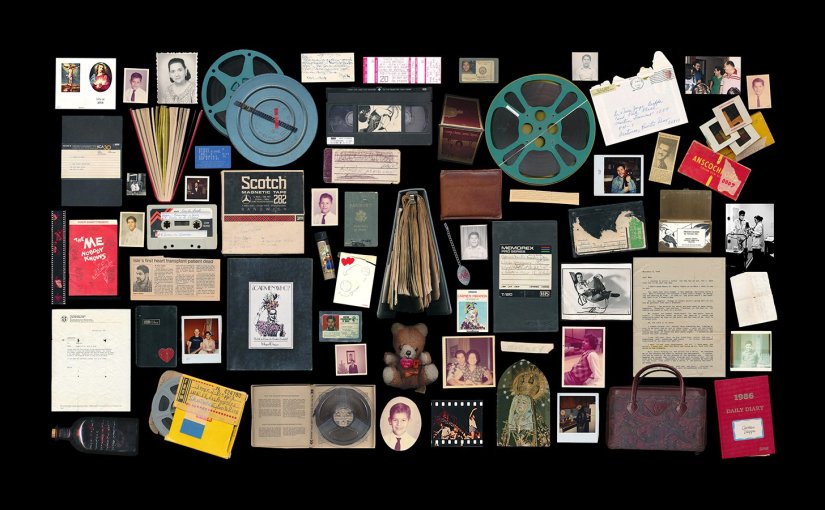 Combining a wealth of recently discovered home movies, video and written documents with artfully shot contemporary interviews and vérité footage, Memories of a Penitent Heart is a documentary that cracks open a Pandora’s box of unresolved family drama.

The intimate lens of the film refracts on a wider cultural context: the AIDS crisis of the 1980s and 1990s, and in particular, how families treat their LGBTQ members in a Latin American cultural and religious context.

A story about the mistakes of the past and the second chances of the present, Memories of a Penitent Heart is a cautionary tale about the unresolved conflicts wrought by AIDS and a nuanced exploration of how faith is used and abused in times of crisis.

Watch the trailer for the film below. It’s now available on Dekkoo.

Hosted by iconic journalist Michael Musto, Theality TV is a brand-new reality show about an Off-Broadway musical’s efforts to see the light of day.

The series follows Rob Gould, a musical-loving writer-director who is trying to stage his piece “Little House on the Ferry.” After years of effort, his dreams may finally be coming true. An investor gives him a chance to produce the project, with two major catches: he only has one month and ten thousand dollars with which to work.

Even on this shoestring budget, Rob leaps at the opportunity to state his masterpiece. But it won’t be easy. The casting process is insane, the actors are divas, the crew is difficult and there is always another challenge or roadblock around each and every corner. But Rob is determined to make his dream a reality at any and all costs.

Watch the trailer for Theality TV below and follow the whole journey now on Dekkoo.

Who’s on Top is a new feature-length documentary which shines a spotlight on members of the LGBTQ community – including those with a range of mountaineering experience – who challenge stereotypes about gender and sexuality in the outdoor arena.

Historically excluded and ostracized as not belonging to the natural domain, the climbers will tackle not only a mountain, but assumptions about who they are and how they belong to the world of outdoor adventure.

Narrated by George Takei, Who’s on Top portrays a journey like no other, a never-before-told story about what makes LGBTQ folks both distinct and connected, facing physical, mental and societal obstacles.

Watch the trailer for Who’s on Top below. The film is now available on Dekkoo.

Jamie re-encounters his old school friend, Kevin, who has been suffering from depression and must make a choice between following his heart or society. ‘I Miss You When I See You’ is available now on Dekkoo!

Though Nev is happily situated with his family in Los Angeles, he has yet to reveal his secret to his old school Jewish parents who are coming over to visit their new grandson for the first time. Watch ‘Paradise Apartments – Generation Clash’ now on Dekkoo!

One month and $10,000 is “not enough” to put on an off-Broadway musical, but first-time director Rob Gould attempts it anyway, and takes us along for the ride. Taking his script for ‘Little House on the Ferry’ and making it a reality isn’t smooth sailing. From casting and table reads to costuming and rehearsal, Theality TV follows the creative process step by step until the final performance itself. ‘Theality TV’ is available to stream now on Dekkoo!

For about 25 years, Belgian choreographer Thierry Smits has asserted an artistic approach that is well off the beaten path, and frequently controversial.

Alternating pure dance productions with more performative pieces, his work explores our relationship to the body – as an object of desire, pleasure and finiteness – which Smits considers, today more than ever, as a political space, the only free territory left to us.

In Anima Ardens, based on the experience and singularity of each dancer, Smits creates a piece about the intuitiveness of the body and bodies together, reminiscent of the evolution of a hurricane which, starting from nothing, attains wild strength, both violent and fascinating, before dissipating and returning to silence.

In between breathtaking dance sequences, the revealing new documentary Bare reveals the artistic collaboration and conflict between Smits and his company – eleven male dancers performing nude – as they build this new avant-garde piece steeped in dark, primal energy and ritual.

With the creation they address questions of body politics, gender, censorship and taboo aesthetics. A creative exploration of the underrepresentation of the naked male form in performing arts, the film documents the arduous process of auditioning, rehearsing and opening Anima Ardens.

Watch the trailer for Bare below. The film is now available on Dekkoo. 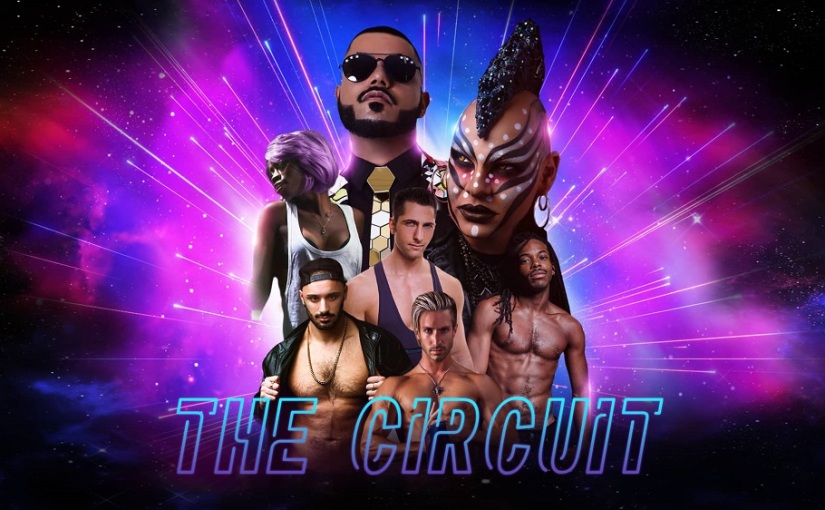 The Circuit is a new digital series that explores the underground circuit community through the personal lives of different players within the scene.

The cast of The Circuit – DJs, dancers, a party producer and an adult entertainer – take us on a wild ride through the inner workings of the New York City gay dance party subculture.

Explore the eponymous “circuit” parties as the cast juggle career, love and the thrilling events themselves until a global pandemic and a series of unfortunate decisions turns their world on its head.

Watch the trailer for The Circuit below. The first season is now available on Dekkoo.

DJs, dancers, a party producer and an adult entertainer – take us on a wild ride through the inner workings of the New York City gay dance party subculture. Explore the eponymous “circuit” parties as the cast juggle career, love and the thrilling events themselves until a global pandemic and a series of unfortunate decisions turns their world on its head. ‘The Circuit’ is available now on Dekkoo!

“Who’s on Top?” (narrated by George Takei) is the emotional story of members of the LGBTQ community who challenge stereotypes about gender and sexuality and demonstrate their diverse journeys in overcoming physical and figurative mountains. Stream ‘Who’s On Top?” now on Dekkoo!

After emigrating from Israel, Noam, a young transgender artist, is now happily living in New York with an older woman, but things change when an old friend from Tel Aviv comes to town for a visit. ‘The Friend From Tel Aviv” is now available on Dekkoo!

Coming next week: Love sick and longing in Hong Kong.

The new dance documentary When the Beat Drops invites you to drop into the electric and subversive underground dance scene known as bucking.

As voguing exploded out of the ballroom scene of NYC, bucking was boldly pioneered in the clubs of the Deep South as a new form of self-expression.

When the Beat Drops presents a fresh glimpse into the magnetic artistry and flair behind this emerging dance culture.

In his feature debut, famed choreographer and filmmaker Jamal Sims – who has worked with the likes of Madonna and Jennifer Lopez, and appeared countless times as a judge and choreographer on “RuPaul’s Drag Race” – illuminates the warm-hearted and fierce queer black performers who make up one of the leading “bucking” groups in the city of Atlanta.

As they train for their biggest competition yet, they face the risk of losing their jobs and family to compete at the top levels of this dance scene.

Jamal Sims calls dance a “super power,” and with this film he crafts a vision of the power of dance to bring movement to new heights and elevate the queer community.

Watch the trailer for When the Beat Drops below. The film is available now on Dekkoo.

When Annamaria, a longtime friend of Alessandro and Arturo, ask the couple to take care of her children, the relationship between the two men reaches a point of no return. ‘The Goddess of Fortune’ is available to stream on Dekkoo!

‘Brothers’ follows a Muslim Arab boy who realizes he is different, and is fortunate to have an older brother who stands by him and encourages him to be himself, in the face of bias and adversity. ‘Brothers’ is now streaming on Dekkoo!

In the wake of the Birmingham protests against LGBTQ+ relationship education in primary schools, a team of queer community reporters of colour challenge homophobia and call out racism in LGBTQ+ spaces. Watch ‘Pride & Protest’ now on Dekkoo!

Desperate for connection and longing for a fresh way to find it, Bruce decides to explore his trusted dating app with a unique search for a new mate. Watch ‘Huckleberry’ now on Dekkoo!

Coming next week: The Dekkoo-original series ‘Here Comes Your Man’.