Born and raised in the suburbs outside of Boston, Neal Mulani is a rising writer-director with a proclivity for autobiographical narratives about the queer experience. Raised by a father from Mumbai and a mother from Boston, Neal spent his childhood at the crossroad of two cultures and turned to film to articulate the complexity of his experiences.

Neal’s introduction to storytelling, however, began at an early age with theater, instilling in him a fundamental appreciation for character, story and improvisation. Often characterized by genre experimentation and self-insertion, his work explores themes of shame, self-perception, masculinity and parenthood as they relate to the queer experience.

His first short film, the six-minute-long Fish Tank, is a dark, tension-filled study of desire and apprehension and marks the arrival of a deeply skilled filmmaker, especially when it comes to creating tension.

Starring Marcus DeAnda, the 2013 Outfest Jury Prize Winner for Best Actor for his performance in Pit Stop, Fish Tank follows a college student (played by Tristan McIntyre) who goes to his first hook-up with an enigmatic older man. Once there, however, strange things begin to happen. He must decide if his anxieties point to a darker truth about his host for the night. Is his new date a fetishist… or something more sinister? Also, are they really alone in the house? Sexy and scary in equal measure, this short packs an enigmatic punch and leaves it up to the audience to decide what’s really going on. 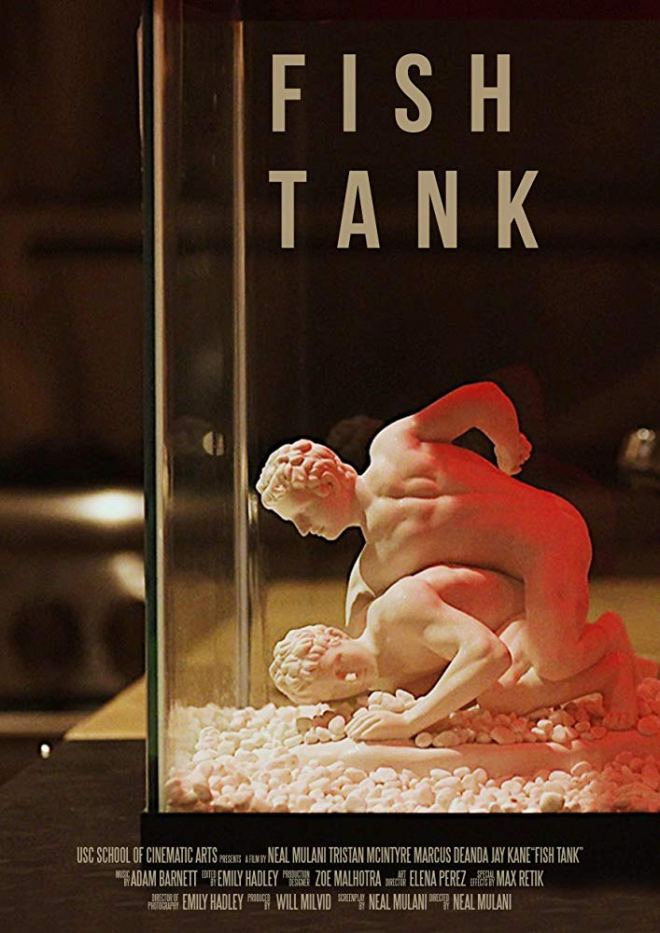