“My films, no matter how extreme or pornographic, have always had an intense strain of romanticism running through them. Whether it’s the relationship between a hairdresser and a skinhead, or a hustler and a john, the attachments are emotional and romantic, even when there is a very specific and sometimes extreme and taboo fetish involved. So I’ve always played somewhat ironically with rom-com conventions.” – Bruce LaBruce

In this wry “reverse Lolita” tale, an eighteen-year-old named Lake (Pier-Gabriel Lajoie) discovers he has an unusual attraction for the elderly. Fate lands him a job at an assisted-living facility where he develops an intimate relationship with Mr. Peabody (Walter Borden). 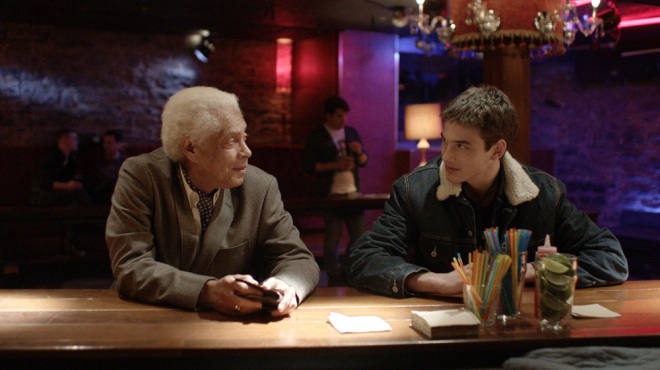 Upon discovering that the clients are being over-medicated to make them more manageable, Lake weans Mr. Peabody off his medication and helps him escape, resulting in a road trip that deepens their bond. 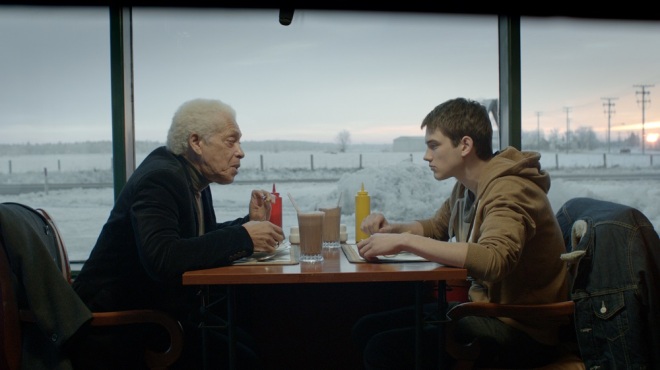 Always-provocative, Bruce LaBruce – the artist behind films like No Skin Off My Ass (1991), Hustler White (1996), Skin Flick (2000), The Raspberry Reich (2004) and L.A. Zombie (2010) – has built a prolific career out of pushing buttons and subverting expectations. Gerontophilia ranks among his best. This is a delicately perverse romantic comedy that is both darkly humorous and emotionally heartfelt.

Watch the trailer for Gerontophilia below. The film is now available on Dekkoo.