In Happy Endings, a riveting ensemble comedy originally released in 2005, writer-director Don Roos (The Opposite of Sex, “Web Therapy”) opens and heals romantic and familial wounds with grace, intelligence and wit. 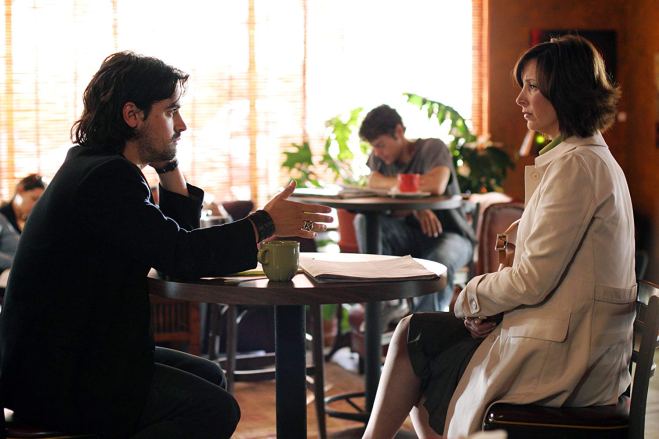 Abortion clinic counselor Mamie (Lisa Kudrow) is having an affair with a studly masseur Javier (Bobby Cannavale). As a youth she had sex with her stepbrother, Charley (Steve Coogan), became pregnant, and secretly put the baby up for adoption. Years later, an obnoxious aspiring filmmaker, Nicky (Jesse Bradford), shows up claiming to know her son’s whereabouts. This information doesn’t come without a catch: Mamie has to let Nicky make a documentary about their reunion.

Charley, now openly gay, and his boyfriend, Gil (David Sutcliffe), have another baby-related mystery to solve: did their lesbian best friends (Laura Dern and Sarah Clarke) secretly use Gil’s sperm to conceive an infant? Meanwhile, a young singer, Jude (Maggie Gylenhaal), takes up with a rich closeted teenager, Otis (Jason Ritter), and his father (Tom Arnold). Otis, by the way, secretly has the hots for his employer: Charley! 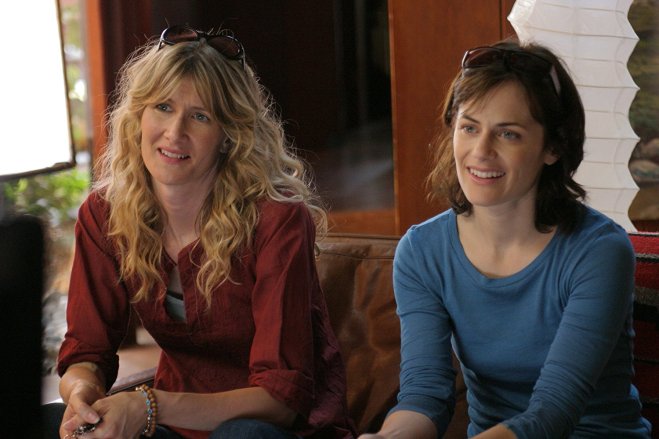 These havoc-filled plot-lines and characters ingeniously weave together in this outrageous star-studded comedy, which returns to the scathing and smart territory Roos mined in The Opposite of Sex, his breakthrough feature from 1998. A movie that rewards multiple viewings, Happy Endings leaves you with a smile. The film is now available on Dekkoo.