We’re all familiar with James Bond 007, but have you ever met Jayson Bend 009? If not you’re in for one heck of a gay ride – a really, really, reallyyyy gay ride. Matt Canter decided to put a queer spin on the old James Bond formula and created ‘Jayson Bend: Queen and Country‘ – rip-roaring queer adaptation of the James Bond we all know and love (except ‘Quantum of Solace’ – does anyone like that one?).

Exploding dildos, smoking condoms, and a car with built in Grindr?!? Sign me up! When I first watched the film I remember rolling my eyes for the first few minutes, but then… the opening credits sequence. My god the opening credits sequence is PERFECT! It’s exactly like every other 007 movie except they replaced the sexy girls with guys (and references to hair products – more on that later). It’s truly a stroke of genius and executed outstandingly. I could sit through 10 minutes of it. After that I was ready for anything and boy does JB keep the hits coming! After Jayson recovers a microchip from a murderous salon employee, he’s informed by ‘L’ that it contains genetic data that might be related to a satellite being sent into space by the owner of a mega salon corporation. What?? Uh, ok. Yeah sure. Let’s get to the gadgets!!

Sure enough JB delivers and we get to head down to G’s lair of fun gadgets where we get to see the condom that can fill a room with smoke in 1 minute, the wristwatch that can control his car, and some tracking stickers. Soon we’re whizzed off to Switzerland where Jayson can track down a cute Chinese geneticist who might know more about the potential evil plot. Helping him out is Alec DeCoque – just wait until you hear him pronounce his name – a cute Swiss guy who might be Jayson Bend’s match!

Just like any James Bond movie worth its salt (I’m looking at you ‘Quantum of Solace’!) intrigue, danger, sex, and… more sex awaits our hero Jayson Bend who will stop at nothing to protect Queen and Country! Watch it on Dekkoo tonight!

Watch it with: A large group of friends that appreciate a good smoking condom gag.

Mix it with: Isn’t it obvious? Apple martini – shaken, not stirred. 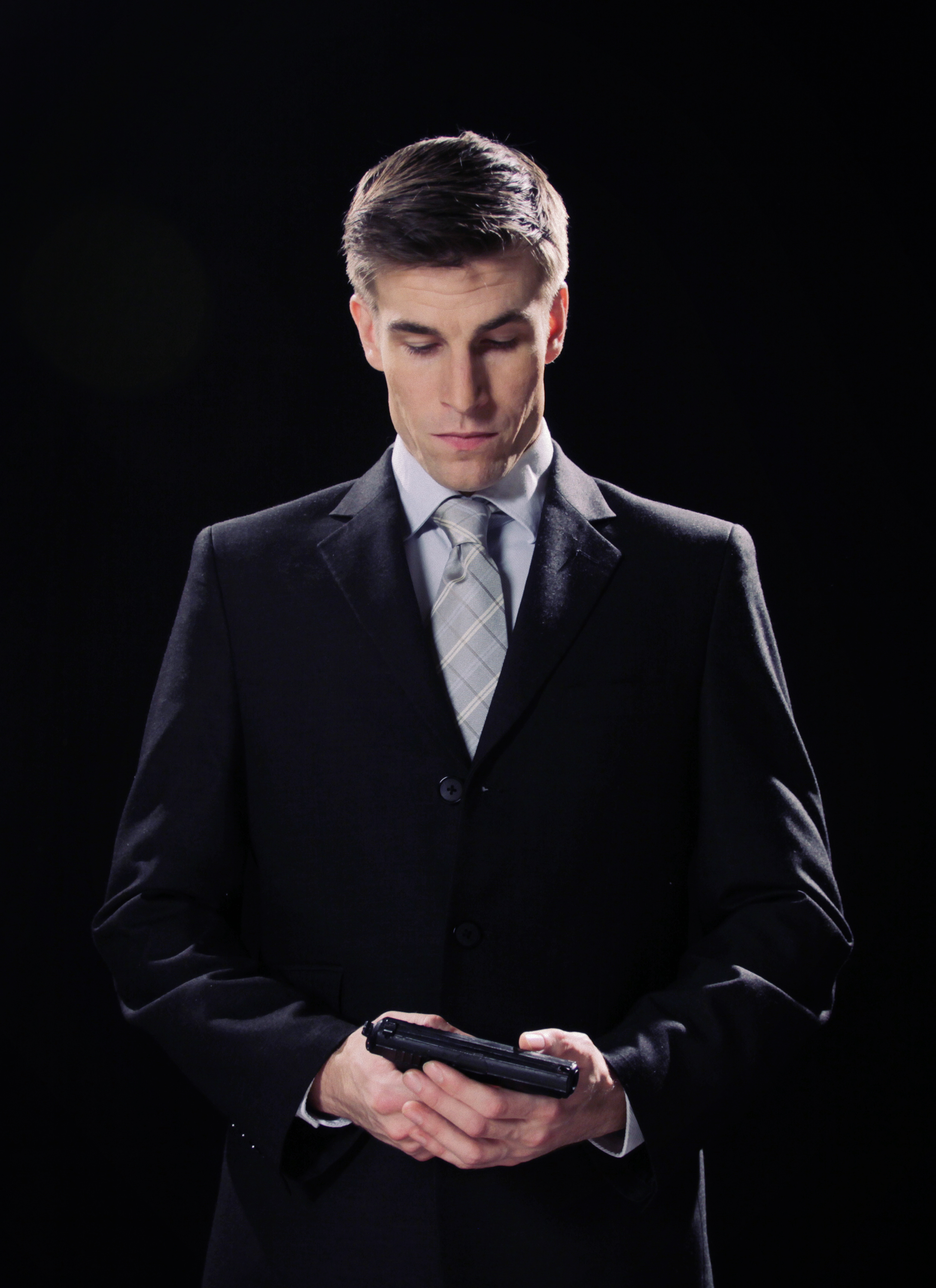