On June 28, 2009, at 1:28 am, seven police officers and two agents from the Texas Alcoholic Beverage Commission swarmed into the Rainbow Lounge, a newly opened gay bar in Fort Worth. The raid lasted approximately 30 minutes. It occurred 40 years, to the date, after the Stonewall riots in New York City – and the parallels are haunting.

Five patrons were zip tied, arrested for public intoxication and taken to jail. Multiple others were arrested and/or detained and then later released. One patron, Chad Gibson, was taken to the emergency room with life threatening injuries and was charges with assault and public intoxication. Police claimed the whole incident was simply a routine inspection. 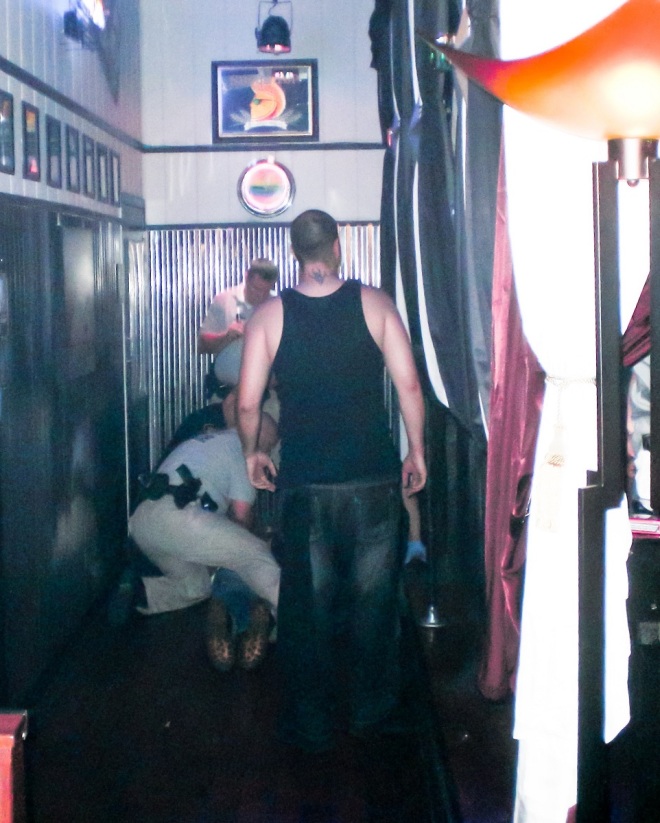 Writer-director Robert L. Camina knew he needed to capture what was going on. His film, Raid of the Rainbow Lounge, recounts the events of that night, their aftermath and the massive changes that followed. Attending almost every single event related to the raid, camera in hand, Camina was able to interview over 35 people and record over 50 hours of rallies, city council meetings, counter-protests and more.

In the wake of the raid, Fort Worth city leaders and members of the LGBTQ community took significant steps to create a better world for all its citizens. Fort Worth is now a leader in LGBTQ equality.

“I hope this film inspires people to get involved in their own community,” said Camina in his original Director’s Statement. “While city leaders need to be held accountable for the safety and well-being for all the people they represent, members of the community also need to speak up and initiate change.”

Raid of the Rainbow Lounge embodies the ideals set out by many grassroots organizations seeking progressive change. It’s also a textbook example of how a powerful piece of cinema can be a tool for that change. Raid premiered in Fort Worth in 2012 to a sold-out crowd, rave reviews and a media frenzy. The screening proved to be a watershed moment. It provided closure, healing and strengthening the bridges built between the Fort Worth Police Department and the local LGBTQ Community. It went on to screen at more than 30 film festivals all across North America and picked up some major awards and extra positive attention along the way.

You can stream Raid of the Rainbow Lounge right now on Dekkoo as one of our Pride Picks!