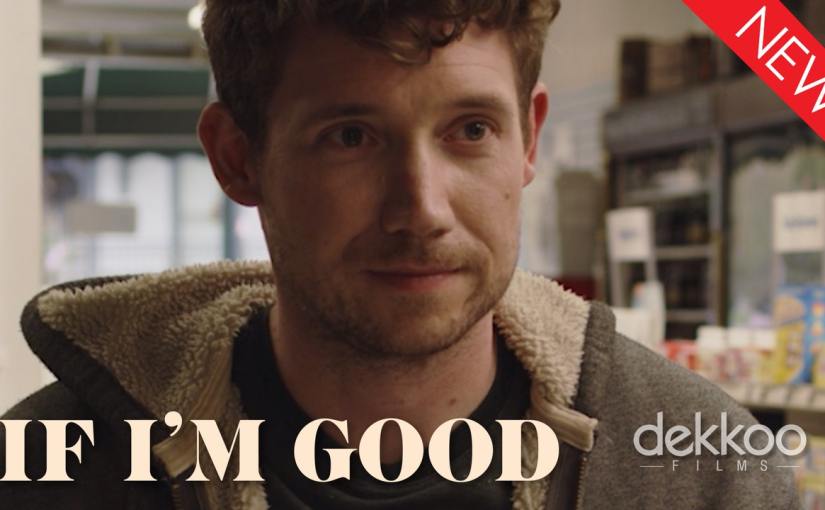 A brand-new Dekkoo Films original short film from director Jonathon Pawlowski and screenwriter Madison Hatfield, If I’m Good is a touching short film about grief and finding a light at the end of the tunnel.

Sam (Jono Mitchell) isn’t in a great place. He lost his husband, unexpectedly, only twelve days ago. As anyone who has been through the grieving process knows, it takes a while, and Sam is at just about the point where the reality of his loss is beginning to sink in. Though his sister (Jordan Blair Mangold Brown) wants nothing more than to help, there isn’t a whole lot she can do to mend her brother’s broken heart.

When Sam takes a trip to the pharmacy, he meets Jorge – pronounced “George” – (Daniel Annone). Self-described as “the worst pharmacy associate,” Jorge breaks the rules and decides to flirt with his cute new customer. While Sam is nowhere near ready to start a new relationship, Jorge’s attention brings him just a tiny glimmer of hope – and a reminder that, no matter how difficult things may seem, there are always new opportunities around the corner. The two end up spending a little time together, and Sam soon turns an important corner.

A sweet, smart and gently emotional short film, If I’m Good is now available on Dekkoo.