“I think about you all the time, and about times I might have been kinder and more understanding, and I make many resolutions for the future — some of which I hope I’ll keep.”
-Christopher Isherwood to Don Bachardy

The touching, informative, and heartwarming love story between prolific writer Christopher Isherwood and his partner of over 30 years, Don Bachardy is superbly brought to life by Tina Mascara & Guido Santi in their documentary entitled ‘Chris & Don. A Love Story‘. After having heard about the film since its release in 2007 I finally was able to watch it last night and was glued to my couch with longing. As you’re watching Don Bachardy talk about his life with Christopher you begin to understand how special their relationship was and you have this urge to jump in a time machine and go swimming with them in Los Angeles circa 1955.

What differentiates this from a typical ‘I had a really long gay relationship movie’ is the fact that Don and Christopher had a 30-year age difference between them and they started dating when Don was only 18. Of course this caused all kinds of friction outside of their relationship; Christopher even had to leave his apartment when his landlady said it couldn’t go on. Inside the relationship however things were very different. They lovingly (and realistically) imagined themselves as a young cat (Don) and a lame horse (Christopher) and encouraged each other to have affairs outside the relationship. Christopher felt that he was a father to Don (‘without any of the downsides’ he joked in his diary). The other element heavily focused on is how an 18-year old develops (both emotionally and professionally) in the shadow of such a huge talent like Christopher Isherwood.

Quick history lesson for anyone not aware of who Christopher Isherwood is because he’s pretty darn famous which is a big angle explored in the doc. Isherwood was born in England in 1904 and after failing college ended up in Berlin due to the enthusiastic letters sent from there by W.H. Auden who he become good friends with. There he was able to finally live his life as a gay man and have sex with working-class German boys which he preferred vastly over his upper-class British counterparts. His rise to fame came with the publication of ‘The Berlin Stories’ which was then made more famous by the movie ‘Cabaret’ starring Liza Minnelli. Other notable novels include ‘Christopher and His Kind’ & ‘A Single Man’.

The documentary doesn’t entirely rely on Don’s narrative point of view (although that is the majority). Many Isherwood scholars give notes based on interviews or Christopher’s exhaustive diaries that were published after his death. There are also some fun celebrity cameos like Liza Minelli, John Boorman, and Gloria Stuart. One of the most special elements of this film is definitely the archival footage that they were able to restore. Obviously Don and Chris were very interested in Super8 photography and we get fantastic snapshot of their vacations, parties, and general home life. Don almost always has a big smile on his face and you quickly understand why everyone (especially Chris) loved Don; he made you happy and that’s exactly how I felt through the whole documentary.

Watch it with: Ideally a boyfriend, but an imaginary boyfriend will do in a pinch!

Mix it with: Whatever drink makes you feel warm and fuzzy inside 🙂 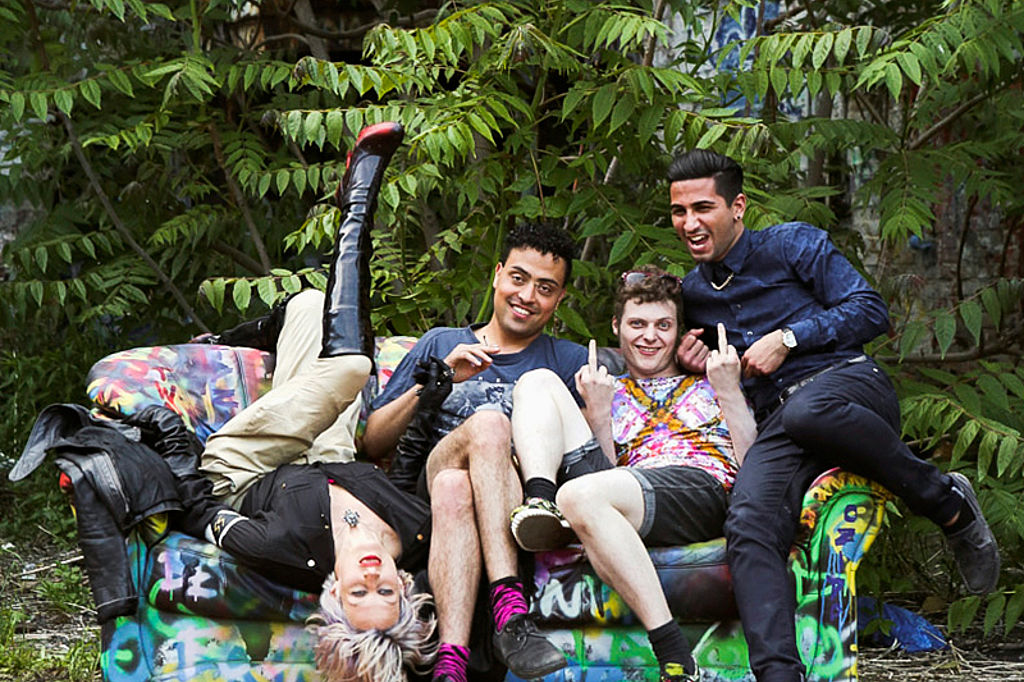