Oliver Mason has been making short films for many years, having started out as a runner in BBC Drama. He went on to train in script development but has found his real passion lies in directing and editing. His short films Away with Me, about spontaneous holiday romance in Nice that turns sour when there is a clash of intentions and expectations between the two men, and Miss Moneypenny, a bright and spunky 4-minute comedy about gay dating, are available now on Dekkoo. He currently has a short film in the works that needs some crowdfunding assistance.

Have We Met Before? is  a short docudrama exploring how the internet has changed how gay men meet and interact with each other. Combining real documentary interviews with a freshly created cinematic narrative, Mason is hoping to create something new and engaging which is simultaneously authentic and poetic. 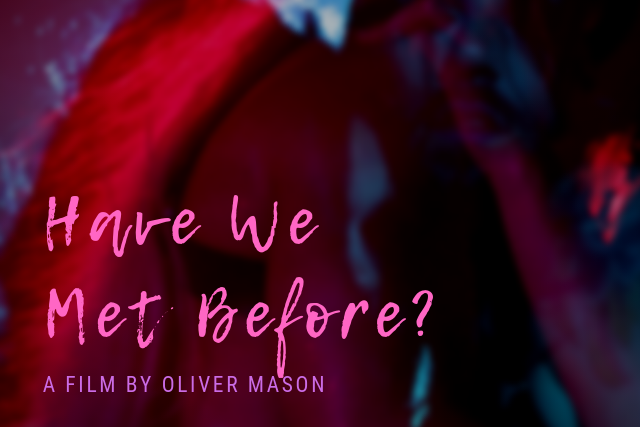 You can read more about the project (and contribute financially, if you’re feeling generous) here. In the meantime, skip on over to Dekkoo to enjoy two of Mason’s earlier works and get a sense of his cinematic flavor. 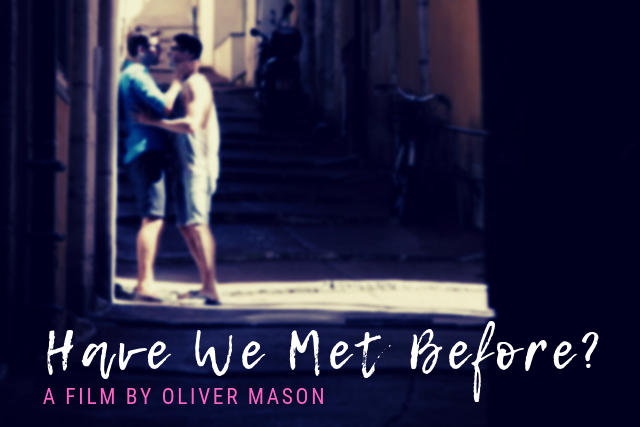 Ben struggles to focus on the ‘So, will I see you again?’ conversation with Matt. Matt proudly peacocks his bohemian lifestyle, while Ben’s overactive mind drifts from James Bond to disaster movies. Will they find common ground, or will they continue with their separate searches for Mr Right?

Miss Moneypenny was part of the official selection at the Inside Out Toronto LGBT Film Festival in 2015. Writer-director Oliver Mason has been making short films for many years, having started out as a runner in BBC Drama. He went on to train in script development, but found his real passion lies in directing and editing. In early 2018 he launched the web series, UnPacking, with writer Matthew Hurt. His previous short film, Away with Me, was featured at the London Short Film Festival, BFI Flare London, In & Out Cannes & Nice, Inside Out Toronto, Rio Festival of Gender & Sexuality and the North Carolina Gay and Lesbian Film Festival. In the UK, it was included on the Peccadillo Pictures short film collection, Boys On Film 16: Possession.

You can watch Miss Moneypenny along with Mason’s previous short film Away with Me right now on Dekkoo.