POPPORNNNNNN! Wowza it’s always awesome when something totally catches you off guard that you absolutely cannot stop watching. I had no idea this show existed and right when I get home tonight I’m going to binge as many as I can handle. It’s funny that this show came along right when I just started getting into watching Mystery Science Theater 3000 because it’s superrrr similar.

Whew! I told you he was prolific…

“He looks like Jabba the Hut crossed with Roman Polanski”

“You call that choking?? Maybe she doesn’t want to have sex with you BECAUSE YOU’RE BAD AT IT!”

If you’ve got got even a slight sense of humor, hunker down with some friends tonight and ‘get off’ to ‘Popporn‘!

Watch ’em with: As many gays as you can fit in a room!

Mix it with: Lots of alcohol, lots of weed

When Ash invites his ex-boyfriend on a road trip to the Florida Keys, he doesn’t mention that their weekend getaway is actually a dangerous drug deal. ‘Stay‘ is a stylish and sexy short film from director Brandon Zuck. 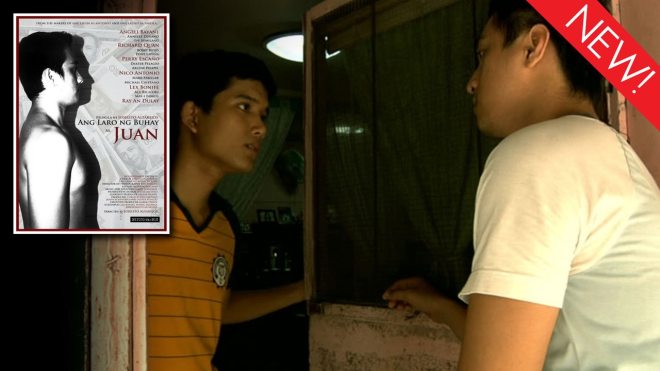 After finding his way to Manila and working numerous odd jobs, Juan Reyes now works as a live-sex performer at an underground gay bar. When an arrest forces Juan to rethink his life he must say good-bye to everything he knows. Watch ‘The Game of Juan’s Life’ now on Dekkoo!

Coming next week: A shy high school kid is pushed to the limit by his bully and former crush in this tense short thriller