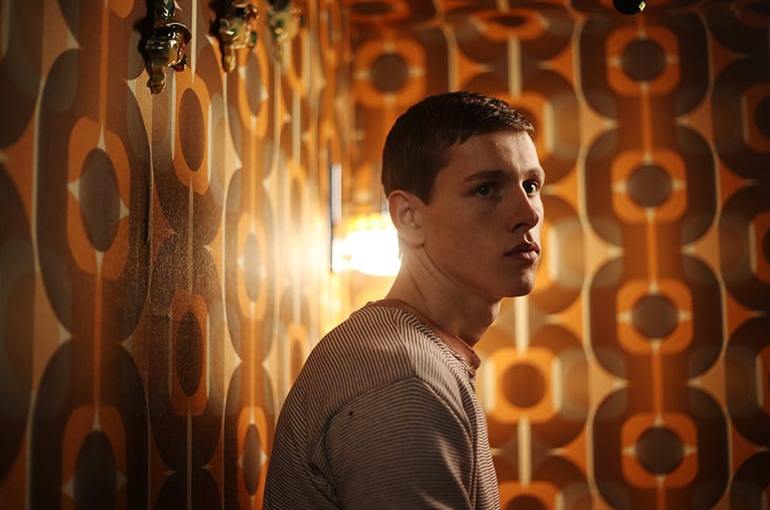 Jim (played by Harris Dickinson – the star of Beach Rats and the upcoming The King’s Man) is so beautiful you might think a Greek sculpture had just come to life.

His future in the cultural-desert that is his small Cumbrian town would consist of working at the local nuclear power plant Sellafield, socializing at his local, and going to bingo as a treat. So like many before him, Jim journeys to the great Metropolis that is London to seek fame, fortune, culture and excitement. The epicenter of all this activity is of course Soho, with its bright neon lights, street life, and bars catering to every gender and whim.

From writer-director Steve McLean, Postcards From London tells the story of this remarkably beautiful teenager as falls in with The Raconteurs – a gang of unusual high class male escorts who specialize in post-coital conversation.

From shy novice to sought after escort and eventually artist’s muse, Jim would be the toast of the town if it wasn’t for his annoying affliction. He suffers from Stendhal Syndrome, a rare condition which causes him to hallucinate and faint when he encounters real works of art. But when Jim is roped into the world of detecting art forgery, could his condition bring about his downfall?

Watch the trailer for Postcards from London below. The film is available now on Dekkoo.