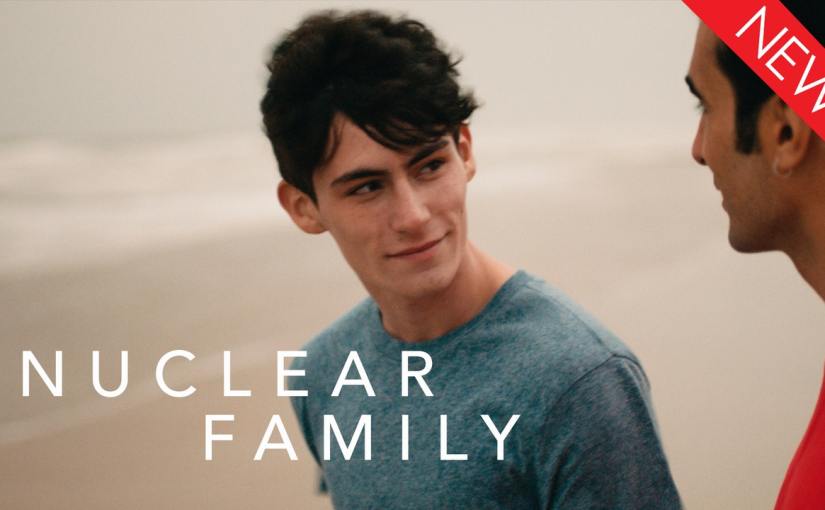 18-year-old Jules (Louka Minnella) has reluctantly returned to the beach-side nudist camp where he spent summers are a child. He’s been dragged there by his mother (Catherine Grosjean), who is constantly testing his boundaries, along with his little brother (Lohen Van Houtte).

While taking a moment to contribute to a boardwalk blood drive, he meets Karim and attractive, flirty young volunteer. Their interaction is brief, but he can feel that there is a spark between them. When he comes back later, the two make plans to spend the evening – Karim’s last in town – together.

Unfortunately, when Jules’ mother makes a spectacle of herself, wandering naked beyond the camp’s perimeter, it throws his romantic plans into jeopardy and forces him to start reckoning with their problematic mother-son dynamic.

A thoughtful, beautifully-shot 19-minute short from Belgian director Faustine Crespy, Nuclear Family upends the typical gay coming-of-age story in interesting ways. It also features a game cast who are not afraid to strip down to sell the drama and pathos.