Wow I can’t believe the boys at Dekkoo managed to pull this one off. ‘L’Homme Blessé‘ aka ‘The Wounded Man’ is an extremely rare piece of older queer cinema that has been completely unavailable in the U.S. besides a VHS from ’97! And it’s a crying shame because this is a bonkers gay-as-hell film from one of France’s most famous directors; Patrice Chéreau. While famous in France for his theatrical productions, he was famous abroad for movies like Palme D’or Winner ‘Queen Margot’, ‘Intimacy’, and ‘His Brother’. 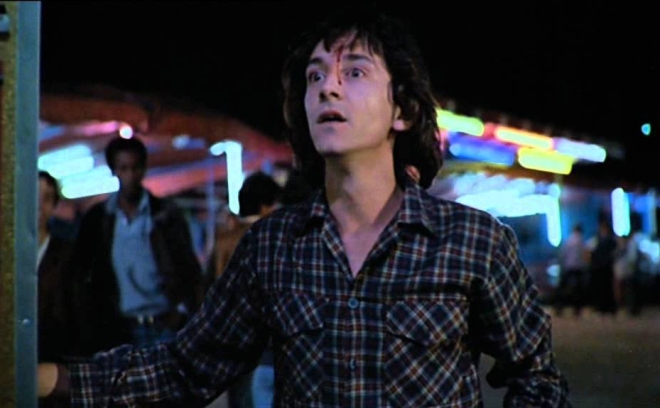 ‘L’Homme Blessé‘ was made in 1983 by Chéreau after working on a script for 6 years with his writing partner Hervé Guibert. In it the pair explore a young man’s awakening to intense homosexual desires that blossom into masochismic longings for one man in particular – Jean – an enigmatic hustler who prowls train stations looking for weak homosexuals he can bully into giving up their wallets. Yup folks – this is not a feel good movie where you’ll feel safe and secure. It doesn’t support the illusion that being gay is all rainbows and unicorns. But I like that sometimes! It’s important to realize how tough it used to be back in the day to be queer (and honestly that still holds in many places). Plus bisexual rough trade is definitely kinda hot sometimes 😉

Jean-Hughes Anglade (before making his star turning role in ‘Betty Blue’) plays the shy young Henri who visits the train station with his family. While there we begin to see his first tries at ‘cruising’ – obviously something that train station must be very well known for. In a bathroom he stares wide-eyed at Jean – a spectacularly handsome rugged man in his 30s and after re-entering the bathroom finds Jean mugging someone. While trying to run away from the situation Jean catches him and instead of beating him up begins wildly caressing him and urging Henri to help him finish mugging his victim. It’s one of the sexiest criminal queer scenes that exists.

Afterwards Henri becomes something akin to a slave to Jean. He follows him around, does his bidding, and becomes increasingly annoyed at Jean’s indifference towards him. Of course Jean isn’t completely gay and has a wife which complicates things to be sure. His wife tolerates Jean’s bisexual leanings and criminal lifestyle, but isn’t happy about it. The closest comparison I can draw to this film that exists in the Dekkoo catalog would be ‘Fogi is a Bastard‘. It shares a lot of ideas such as the corruption of innocence, dependency issues, and crime begetting crime. But I think Chéreau’s film delves a little deeper into the darkness of the human soul which I think is why the film divides so many audiences.

Besides being able to brag to your friends that you saw one of the most hard-to-find pieces of queer cinema you’ll also experience one of the most heartbreaking, outrageous, and melancholic films in Patrice Chéreau’s filmography. Cruise it tonight! 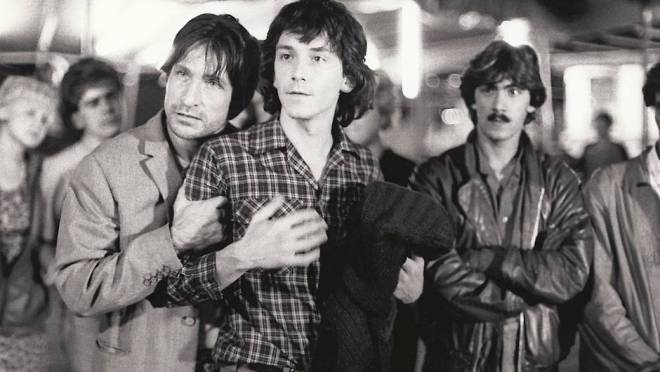 Watch it with: By yourself or with a dark lover.

Mix it with: French wine.