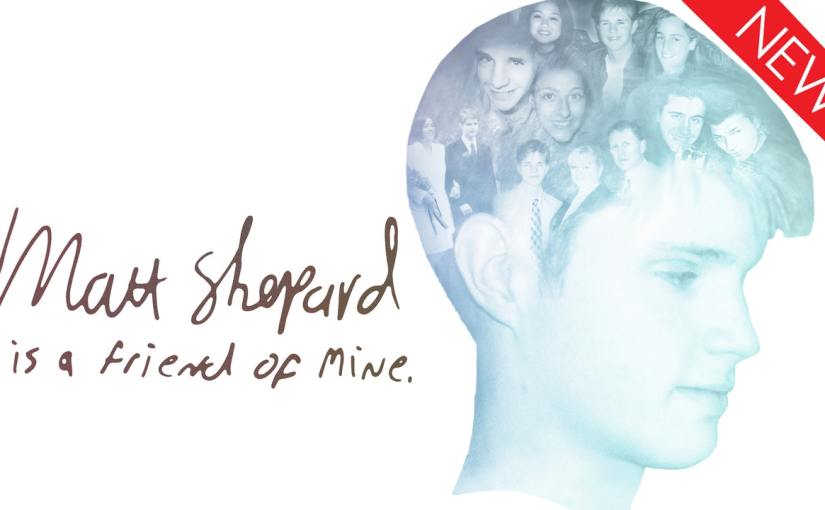 On the night of October 6, 1998, two men lured Matthew Shepard, a gay freshman at the University of Wyoming, from a bar in Laramie, WY. He was kidnapped and driven to a field where he was tortured and tethered to a fence and left to die. Never regaining consciousness, Matthew succumbed to the severe injuries from the attack and died on October 12, 1998.

The murder of Matthew Shepard was a devastating tragedy that made countless headlines around the world. As people denounced the hatred and senseless violence that caused Matthew’s death, a much-needed dialogue about hate crimes and intolerance against the LGBT community began and continues to this day.

Matthew’s tragic story brought the reality of inequality and vicious, irrational contempt into the public consciousness and set the stage for the landmark Matthew Shepard and James Byrd Jr. Hate Crimes Prevention Act, which President Barack Obama signed into law in 2009.

The documentary Matt Shepard is a Friend of Mine follows director Michele Josue, a close friend of Matt’s, as she travels to pivotal locations in Shepard’s life, interviewing other friends and family members, and gaining insight into the beautiful life and devastating loss of Matthew Shepard.

While we’ve come a long way, LGBT inequality and hate crimes are still very real today, and parts of Matt’s story are unfortunately still very much a part of young people’s realities. Though framed through a very personal lens, Matt Shepard is a Friend of Mine tells a universal story that highlights the responsibility we have now to make sure young people around the world are not at risk of falling victim to the same story ending Matt was.

Watch the trailer for Matt Shepard is a Friend of Mine below. The film is now available on Dekkoo.

Three men struggle to save their relationship while traveling across country in search of a doctor they believe will make one of them well. ‘Kill the Monsters’ is streaming now on Dekkoo!

Friends and family reflect on the life and death of 21-year-old Matthew Shepard, who was murdered in a targeted homophobic attack in Wyoming in 1998. ‘Matt Shepard is a Friend of Mine’ is available now on Dekkoo!

When Debbie comes home for Christmas, she and her mother Gayle are forced to confront the truth about their family’s past. Watch ‘He Could’ve Gone Pro’ on Dekkoo!

Coming next week: Dekkoo Films presents the fun and sexy sequel to ‘The Handyman’!