When handsome and charismatic Pablo arrives at his affluent family’s house, everyone is eagerly awaiting the return of their beloved son, devoted father and caring husband. A seemingly exemplary pillar of Guatemala City’s Evangelical Christian community, Pablo’s announcement that he intends to leave his wife for another man sends shock waves through the family. ‘Tremors’ is available now to stream on Dekkoo!

Fifty conversations exploring the many different shades of being “gay” in America. A conversation on the degrees and varying perceptions about how people define themselves. Stream ‘Between the Shades’ now on Dekkoo!

In an underground parking garage in Iran, a car thief stumbles upon two discreet male lovers sharing a moment of intimacy. ‘Parking’ is available now, exclusively on Dekkoo!

A couple in love from Baja California Mexico are in the middle of the preparations for a huge wedding, the only problem is that their marriage is not legal, since they are both male. ‘No Dress Code Required’ is now streaming on Dekkoo!

After losing his wife and counseling practice, the only thing thirty-two-year-old Dave Hopper (Stephen Shane Martin) has going for himself is his part-time professorship at his alma mater, a growing Christian college. And the only reason he even got that job was because his previous professor (Tom Nowicki), now ambitious dean, pulled a few strings.

The Dean’s plans for growth hit a snag when the property he wants to develop has been promised to a gay support group – which has plans to open an LGBT homeless teen shelter if they can raise the money in time. The Dean is forced to take drastic measures, offering Dave his dream job, but he only gets it if he goes undercover in the group as a gay man – the abomination he counsels against – and stops them from raising the funds needed to buy the property.

Dave reluctantly agrees, and for the first time, is met face-to-face with the community he has been battling his entire career. The awkward and emotional experiences that follow lead Dave on a journey of truth, revealing that life and love are not as black and white as he first thought.

The feature-length debut from writer-director Kevin O’Brien, At the End of the Day is a compassionate new comedy drama. Watch the trailer below. The film is now available on Dekkoo.

A former high school track athlete’s distorted views on love, negatively affects the people closest to him in the acclaimed LGBTQ series Cheetah in August.

The show centers around the deep personal journey of the main character, August (Andre Myers), as he examines his life in therapy, from his high school years into adulthood. At the start of the season we are introduced to August’s alter ego, “Cheetah”, who is the main force preventing August from enjoying a monogamous relationship with his current lover. As a large cast of characters are soon introduced, they intertwine within a web of sex, lies, deception, and murder.

Sexuality, love, religion, psychology and self-hate are all themes that are touched on throughout Cheetah in August, which proudly aims to raise awareness of societal issues often swept under the rug. Series creator Anthony Bawn has said that he hopes to use the show to explore ideas of ethnic LGBTQ identity through a “mentally confused young adult searching for normalcy” and that he pictured how a young black male growing up in a religious family could develop social desegregation within the gay community.

Watch the trailer for Cheetah in August below. The first two twelve-episode seasons are available now on Dekkoo. 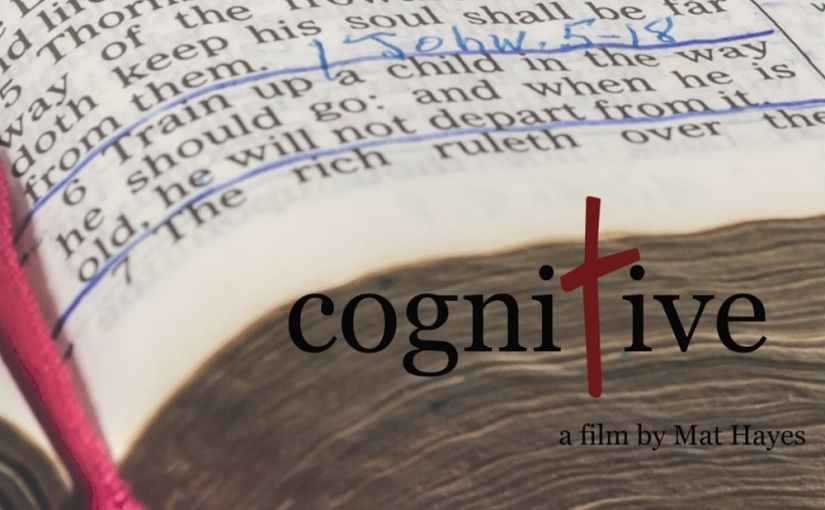 What if growing up in the Church led you to believe that you weren’t really going to grow up at all?

Young David, played as a little kid by Zakary Risinger, interprets something he hears from the pulpit by a homophobic, Southern Baptist preacher (Del Shores) that changes his outlook on life.

As an adult, David, now played by writer-director Mat Hayes, takes his family to a more progressive church, but despite Reverend Wynn’s (Jessalyn Gilsig) inspiring sermon on true love, David struggles to overcome the trauma inflicted upon him as a young boy at the hands of the church.

Will he be able to find peace with the religion he was raised in? Daniel Robaire, as David’s husband Jonathan, offers the love we all look for in a partner. Erica Tazel delivers a gripping performance as Young David’s school nurse, rounding out the stellar ensemble of actors.

Watch the trailer for Cognitive below. This short film is available now on Dekkoo. 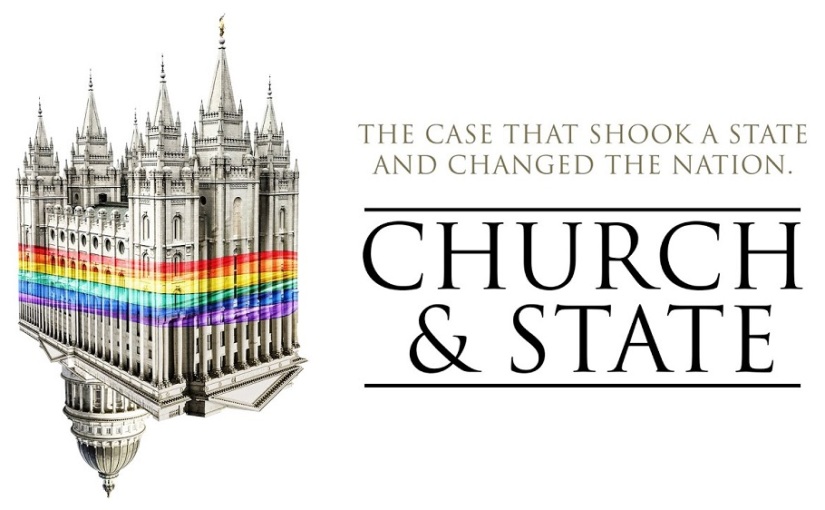 A surprise federal court ruling in 2013 legalized gay marriage for Utah – triggering a fierce battle in a state where Mormon church values control the Legislature and every aspect of public life.

The film’s ride on the bumpy road to equality in Utah offers a glimpse at the Mormon Church’s influence in state politics and the squabbles inside the gay community that nearly derailed a chance to make history.

Church & State is a story of triumph, setback and a little-known lawsuit that should have failed, but instead paved the way for the U.S. Supreme Court decision that legalized gay unions nationwide.

Watch the trailer for Church & State below. The film is now available on Dekkoo.

Is Israel really the best place in the world to be gay? And is Judaism the one mainstream religion that accepts homosexuality? Meet Simon, a gay Catholic man from the West of Ireland on a quest to find out.

Simon has never truly felt accepted by his own church, a problem that Matthew, his Jewish boyfriend from North London, has never had to face. Simon begins to wonder if the grass may be greener, and considers converting. He starts with a trip to the local Rabbi where they chat, among other things, about getting ‘snipped’, but Simon is itching to get to Judaism’s homeland: Israel. He hops on a plane and first hits the streets of Tel Aviv, ‘the gayest city on Earth’, where he meets gay people from all walks of life, including gay soldiers in the IDF. Then he heads to Jerusalem, where the story here is very different. Extreme views towards homosexuality are rife and Simon encounters this at an uncomfortably close proximity. Then, it’s crunch time. Faced with the facts, will Simon jump ship and become Jewish?

A deeply personal, cross-cultural documentary from filmmaker (and subject) Simon Atkins, My Big Gay Jewish Conversion looks at love, relationship and religion with an intelligent and introspective eye.

Watch the trailer for My Big Gay Jewish Conversion below. The film is now available on Dekkoo. 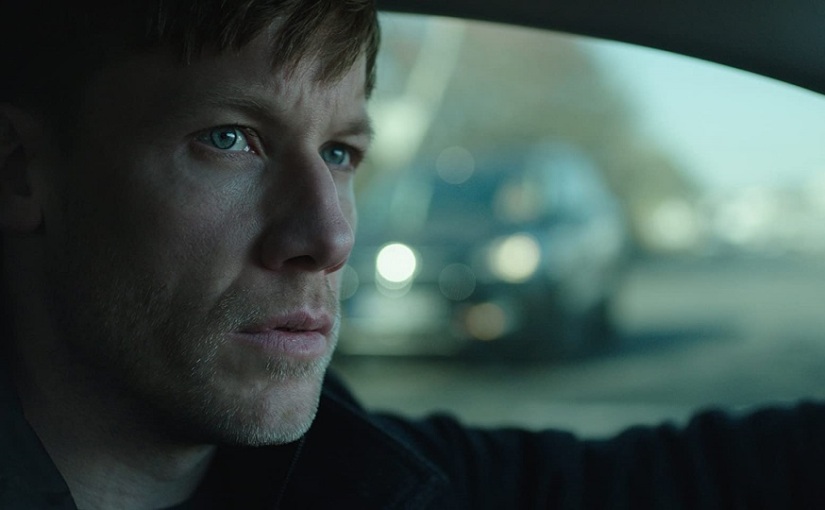 No kissing. No passive penetration. For Waseem (Renato Schuch) the rules are very clear. Its only when Lars (Nikolaus Benda) pays him for sex that he can sleep with a man and still feel secure in his heterosexuality.

One of these men is a refugee from Syria living in a shelter, the other is a wealthy German with a loft apartment – the differences couldn’t be more apparent and yet both men find themselves connected by a sincere interest in one another. Their relationship is rooted in a constant alternation between dominance and a longing for closeness. The playful power struggle between the two of them reveals their inability to hide their fears and longings – and to keep up their carefully constructed facades.

While both men struggle to uphold the labels they keep in their heads, their friendship starts to pose a very realistic threat within the Waseem’s shelter.

Not quite a short film, yet not quite a feature (at sixty minutes) the multiple award-winning Label Me is a powerful cross-cultural romantic drama from German writer-director Kai Kreuser. Label Me is currently available to watch on Dekkoo, along with the first two season’s of Kreuser’s sexy and provocative gay series Kuntergrau.

Watch a short clip from Label Me below. The film is now available on Dekkoo.