Jarman portrays Caravaggio as a man of intense passions – artistically, emotionally and physically – who was also bisexual, with a taste for “rough trade.” Sean Bean, long before his turn as Ned Stark on “Game of Thrones,” co-stars as the bisexual Ranuccio, the artist’s rugged lover. Jarman’s regular muse, the incomparable Tilda Swinton, is also on hand as Lena, the beautiful mistress who comes between these two men.

A quirky yet elegant film, blending anachronistic playfulness (a technique Jarman would use again in Edward II, also available now on Dekkoo) with a touching homoerotic love story, spectacular camera work and a complex, impressionistic feel, Caravaggio is a unique cinematic pleasure. Jarman spent seven years preparing for the film. When the actual production began, he made it in only five weeks – all in one single warehouse at the East End of London.

You can watch Caravaggio now on Dekkoo – and make sure to check out Edward II as well. 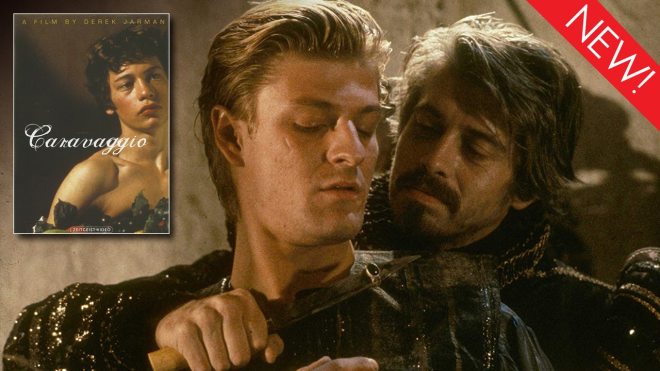 Derek Jarman delivers a retelling of the life of the celebrated 17th-century painter through his brilliant, nearly blasphemous paintings and his flirtations with the underworld. Watch ‘Caravaggio’ now on Dekkoo!

James, a sexy, youthful sought-after instagram star in high-society and self-proclaimed ‘Trophy,’ is dumped by his wealthy live-in benefactor. Now he must learn that the real world is not the facade he’s built for himself on social media. Stream the award-winning short film ‘Trophy Boy’ on Dekkoo! 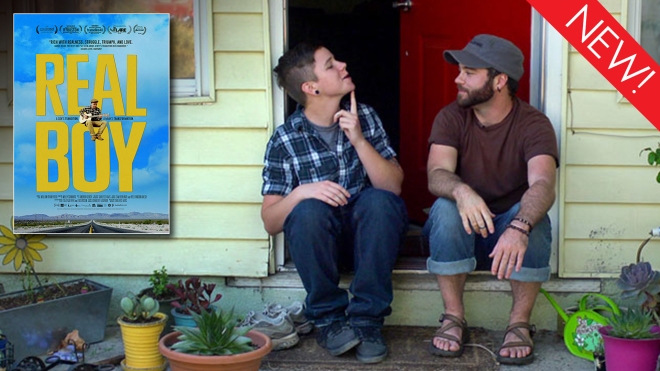 As 19-year-old Bennett Wallace navigates early sobriety, late adolescence, and the evolution of his gender identity, his mother makes her own transformation from resistance to acceptance of her trans son. ‘Real Boy’ is available to stream now on Dekkoo!

Coming next week: A wicked ensemble comedy about a group of gay, lesbian and hetero friends and family connected by secrets and lies.

King Edward II (Stephen Waddington) rejects his cold wife Queen Isabella (Tilda Swinton) and takes a male lover, the commoner Piers Gaveston (Andrew Tiernan) upon whom he bestows gifts and power. The King’s behavior enrages the sober, business-suited court officials and the spurned queen becomes a seething monster whose dresses and jewelry grow more outrageously lavish as her need to vengeance escalates and the plotting begins.

‘Dating My Mother’ follows the intimate and tumultuous relationship between a single mother and her gay son as they navigate the dizzying world of online dating. While they search for their versions of Mr. Right, mother and son discover that sometimes you need to be apart in order to grow together. Watch ‘Dating My Mother’ now on Dekkoo! 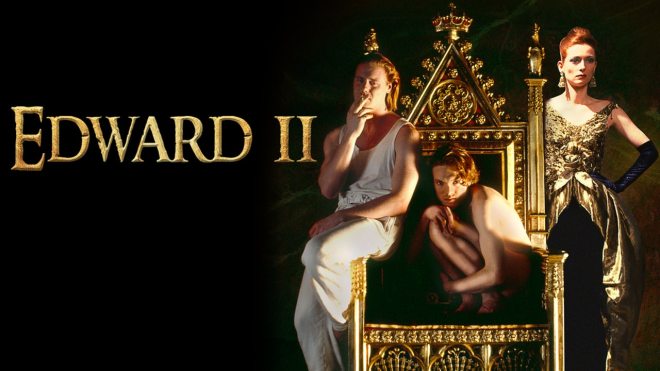 Using anachronistic imagery, modern dress and gay activists battling riot police the story of Britain’s only openly gay monarch and the persecution he suffered is given a contemporary resonance by queer iconoclast Derek Jarman. ‘Edward II’ is available to stream now on Dekkoo!

An honest genuine writer discovers the painful truth of a handsome and charming, yet manipulative and toxic love interest. Watch the gay short film ‘Narcissist’ now on Dekkoo!

Coming next week: ”An unexcited and great drama about a late coming out. Worth seeing!” The Yorcker – Berlin

Well boys, it’s almost the end of summer and to celebrate/mourn we’ve got two films that will help to make the transition as smooth as possible.

To celebrate the coming of fall (which in turn means Halloween!) we’re premiering the Dominic Haxton (‘We Are Animals‘ ‘Tonight It’s Me‘) directed horror-themed short film ‘Tonight It’s You‘! It’s always fantastic when there’s a new entry into the very deserted category of Queer Horror and ‘Tonight It’s You‘ is a 17-minute sexy thrill ride through hookup app anxiety, intimacy, and religion. What starts off as a hot hookup for CJ in the woods turns into a fight for his life by the end of the film. I was lucky enough to see this film on the big screen and holy shittttt I was so surprised at just how scared I was. Definitely check this out!

And if you’re the type that’s clinging onto summer well then have no fear because shirtless soldiers speaking Latin are here! Enter the world of ‘Sebastiane‘ – an incredibly homo-erotic take on the martyrdom of Saint Sebastian by filmmakers Paul Humfress and Derek Jarman. While you might not have heard of the former, the latter is an incredibly influential and important director in the world of Queer Cinema. Derek Jarman passed away of AIDS in 1994, but left behind an incredible array of cinema and art. His most successful film was ‘Caravaggio’, but his other films such as the experimental film ‘Blue’ (1993 – A film where the only video is a blue screen and the audio is a series of voices including the director’s describing his failing health [he’d gone partially blind at that point]) and the gay-activism themed ‘Edward II’ (1991) are all incredible achievements and works of true art.

‘Sebastiane‘ follows the Roman soldier Sebastianus who after falling out of the emperor’s favors is exiled to a remote garrison of soldiers to work. What follows is fellow soldiers falling over themselves with their lust for Sebastiane, lots of whipping, and bros being bros around the campfire. The movie definitely has strengths and weaknesses. The idea to have all the actors speak Latin was very academic and happened years before ‘The Passion of the Christ’. Also you can definitely see the early stages of Derek Jarman’s fascination with placing contemporary fashions and objects in an era where it sticks out like a sore thumb. The men are also extremely sexy and naked practically the whole time. Probably my only critique of it is that it does meander a bit. It shows its age in that because it was made for a gay audience that was desperate for this kind of overt homo-erotic sexuality in a film, the filmmakers were more concerned with that then with plot and they figured their audience would have the same feelings.

Regardless ‘Sebastiane‘ is a work of art and deserves to be watched with that in mind while at the same time observing the beginnings of Derek Jarman’s storied film career.

Watch ’em with: A friend who likes to be scared and watch artsy films

Mix it with: A red wine

Taking place over the course of four years (on four consecutive Valentine’s Days) this achingly romantic indie from Filipino auteur Adolfo Alix Jr. takes an intimate look at the complicated relationship between two college buddies. ‘4 Days’ is available now, one month before it’s release on DVD!

‘Follow Me‘ tells the story of Jasper. He is a young man who has to weigh the overwhelming desire for his first love against the possible angst of rejection.

Based in 300 A.D., this controversial 1976 classic from directors Paul Humfress and Derek Jarman follows Sebastianus, a Roman guard who is exiled to a remote outpost populated entirely by men. Weakened by their desires, the men turn to homoeroticism to satisfy their needs, which tests Sebastianus and his deep Christian beliefs. Watch ‘Sebastiane’ now on Dekkoo!

Coming next week – ‘Walking Dead’ star Norman Reedus is a broody cutie in this ‘90s indie about a straight boy learning to accept his new friend’s sexuality.