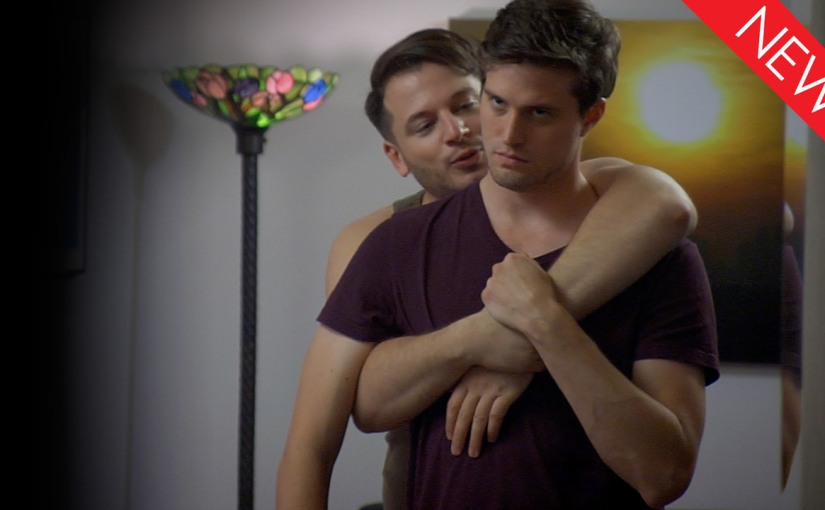 Will they or won’t they? Would you?

Tri-Curious is now available on Dekkoo!

Be sure to check out the Behind the Scenes bonus feature as well. 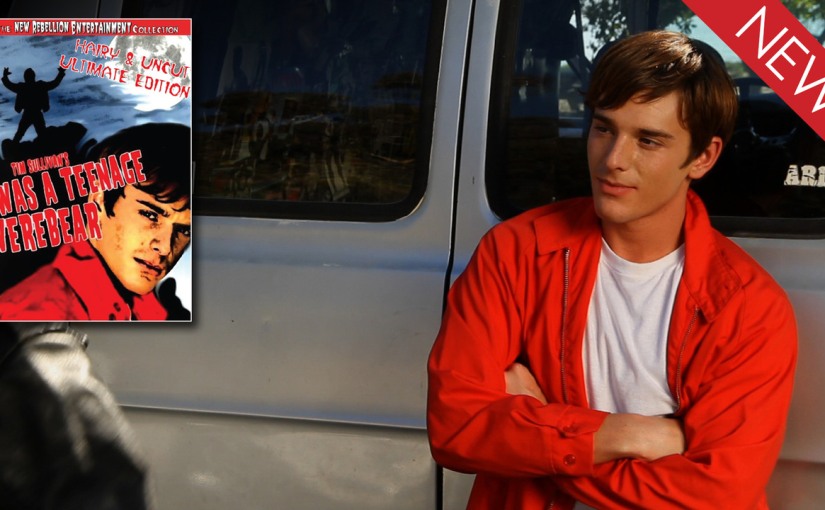 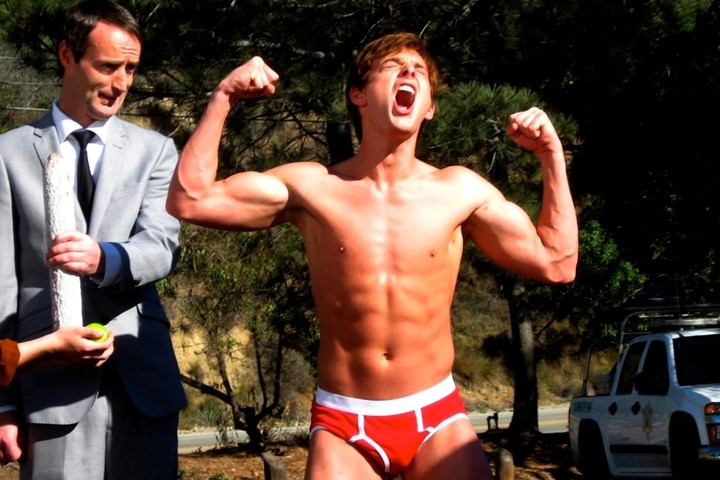 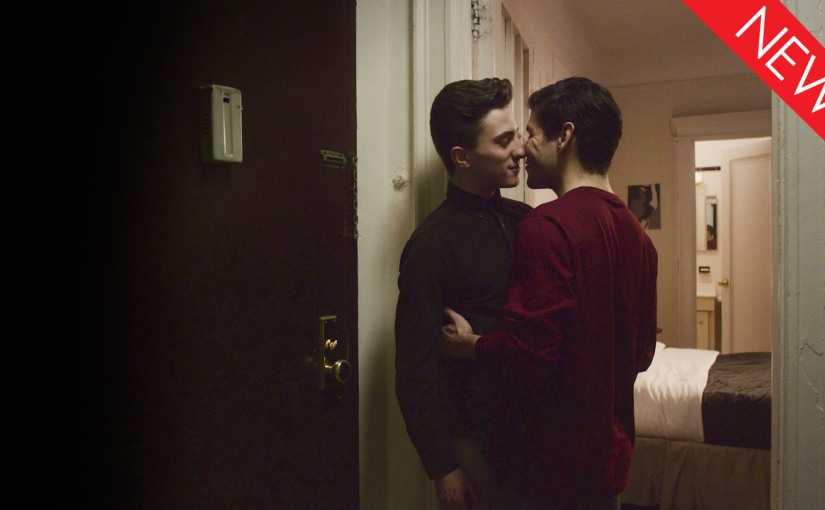 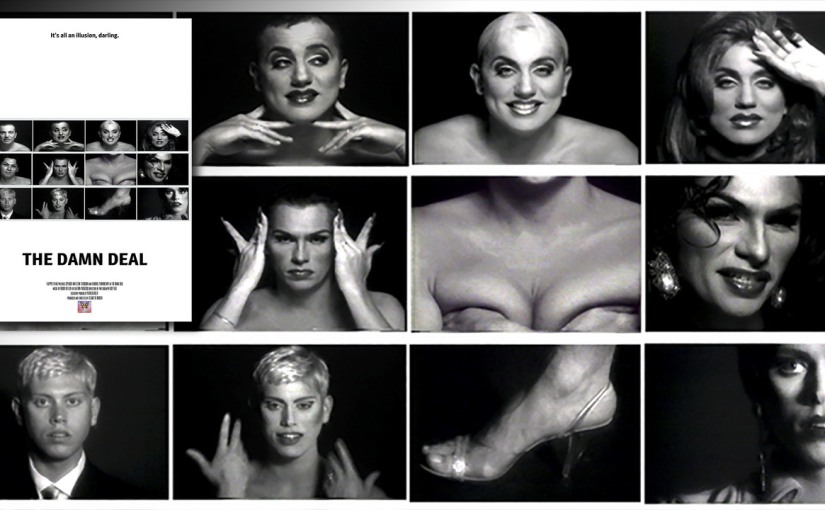 Have you watched The Damn Deal on Dekkoo yet? It’s a captivating, beautifully lit and shot black-and-white documentary about identity and what it was like to grow up gay in the South at the end of the 20th century. Originally shot in 1997, filmmaker, writer and former Miss America, Elizabeth Gracen, interviewed three young female impersonators who competed in the Miss Gay America Pageant.

In anticipation of the 44th Miss Gay America pageant happening in Memphis from October 5 – 9, Elizabeth Gracen talked about the making of The Damn Deal. It’s a wonderful interview we thought you might like to read. 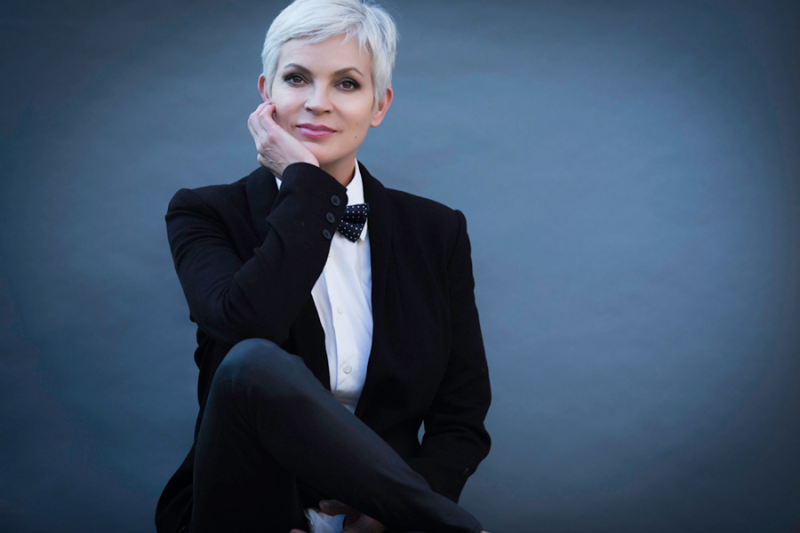 In 1997, filmmaker, writer and former Miss America, Elizabeth Gracen, interviewed three young female impersonators who competed in the Miss Gay America Pageant system for her captivating, beautifully lit and shot black-and-white documentary “The Damn Deal” (Flapper Films). The recovered, original footage, now restored, explores gender, identity and what it was like to grow up gay in the South at the end of the 20th century.

Crowned Miss America in 1982, Gracen (Elizabeth Ward at the time) went on to study acting, pose on the cover of Playboy, star (as Amanda) in the Nineties TV series “Highlander,” and established her own film production company (Flapper Films) and boutique publishing company (Flapper Press). She recently filmed actress Lee Meriweather for a documentary short and in March released her first Young Adult fantasy novel, “Shallily.”

In anticipation of the 44th Miss Gay America pageant happening in Memphis from October 5 – 9, Gracen talks about the making of “The Damn Deal.”

What initially inspired you to make â€œThe Damn Dealâ€?

I had the good fortune to meet Spencer May and Michael Thornberry (two of the stars of “The Damn Deal” at a hair salon in Little Rock, Arkansas. I think it was Michael who told me about the local female impersonator pageant. They took me along to the pageant at the Discovery nightclub, and I was allowed to stay backstage as the contestants got ready for competition. I remember sitting in the corner, fascinated with their process. I don’t know what they thought about a former Miss America “spying” on them!

Not long after that, I had the idea to capture Spencer on camera as he morphed from male to female as I asked him questions about his life and experience in the world of female impersonation and pageants. I met Stan Ferguson around that time as well. Sadly, he passed away about two months after we filmed. Michael Thornberry joined on shortly after that.

You judged a Miss Gay Arkansas America pageant. What was your impression?

I think Spencer May got me the gig of judging the Miss Gay Arkansas pageant. It was a wonderful time! I’d never seen anything like it. Back then, I had no idea that there was such a vibrant female impersonator venue in Arkansas. I mean, come on! – Arkansas is smack dab in the Bible Belt! I think that the Discovery nightclub still hosts fabulous shows, but back then… I just think it is amazing that the place existed at all!

Though Miss Gay America is based on the Miss America pageant system, these are men impersonating women. Aside from the obvious differences, what struck you the most? At the time I shot the film, I had been away from the pageant world for quite some time. I was questioning the value of women having to compete with each other to wear a crown. The world of the Miss Gay America system has its parallels, but I think the process is much more exact and arduous. The dedication it takes to bring a “creation” to life takes focus, passion and sense of fun. I think it is a much more difficult endeavor than what I had to go through when I competed. I really admire what they do and the artistry it takes to bring their “creations” to life. 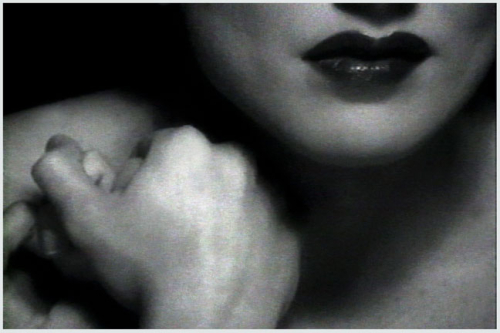 And what did you find similar to Miss America about MGA?

Well, these guys are definitely â€œin it to win itâ€ when it comes to competition. That is very similar to what I experienced when I was involved in the pageant world in the early 1980s. Obviously, the theatricality is enhanced – the makeup, hair and flamboyant aspect to the performances. However, I think the MGA system hits all the same points when it comes to the attention to detail and the desire to be the “best you can be” at what you are trying to achieve. Honey, they all want that crown!

Many of the men talk about how impersonating a strong woman, inventing a new self, has empowered them. Did you findâ€“for you personally or other womenâ€“that competing in the Miss America system was the same kind of empowering experience?

I think that the whole female impersonation pageant experience is very different than what a young woman experiences during her pursuit in the pageant world. For men, I see it as a grand experimentâ€“very artistic and full of humor and curiosity. They are empowered by that experimentation, and I think it kicks it up a notch for them to compete with each other. They really seem to be having fun, and they want to put on a great show for the audience.

For women, or at least with my experience in the pageant system, it involves a different aspect of “facade.” I was only 20 when I won Miss America. I’m from a small town in Arkansas, and I’d been on an airplane only one time before I arrived in Atlantic City. I was very focused and determined, but I had no idea, really, about who I was. It was more about being perfect. There was no experimentation – it was all about conforming to the Miss America ideal. No one told me that Miss America was a persona – “that I didn’t have to actually be perfect. I bought into the whole thing and really tried to be something impossible. It took me years of therapy to recover and just be myself!

Did you get a sense from these three men that being in the Miss Gay America pageant system was a bonding experience or purely competitive?

There must be a little of both when it comes to the men who compete in the MGA system. My experience with their world is pretty limited, but I assume that, just like in the women’s version of pageants, there is a little of everything going on! Competition, bonding, frustration, cattiness…I’m sure it is all there during the process.

Up until this past year, I had been away from the Miss America system for a very long time. I’ve had no interest, other than watching the pageant on television, in being involved with it. It is frustrating to me that women have to compete in swimsuits for a scholarship prize. It doesn’t make sense to me. I think it’s an outdated concept and one that I don’t support. There should be better ways of providing educational scholarships to young women.

However, just this past year, I’ve become friends with a group of former Miss Americas. We had a wonderful rendezvous in the Santa Barbara wine country. I got to know them – we got to share our strange, mutual experience of wearing the crown and what that year entailed for us. We are all very different, and our lives have taken divergent paths, but we still share that one experience. The stories of how we got there, how we felt about ourselves and how it changed our lives are all very different as well. It was one of the best weekends I have ever spent. I’ve made friends that I will have for the rest of my life.

Wow! I just took a quick look at the rulebook for the MGA pageant. Ha! I am sure that there is something similar for the Miss A Pageant, but I don’t think that “deductions” really play a big part in the process. Miss America is more about awarding points than deducting points. That speaks to the main difference in the two pageant systems. The MGA system is all about creating the “illusion” of a woman – that entails artistry in the creation. The Miss America Pageant is more about presenting the best “you” – the most “ideal.” I’m not saying that the latter doesn’t involve skill or talent, but it is not the same objective as the MGA system.

If you see “The Damn Deal,” you’ll see that its primary goal is to pull back the curtain on the artistry of creating the illusion of “female.” The makeup and body tricks are fascinating and informative to anyone interested in theatrical makeup and presentation. 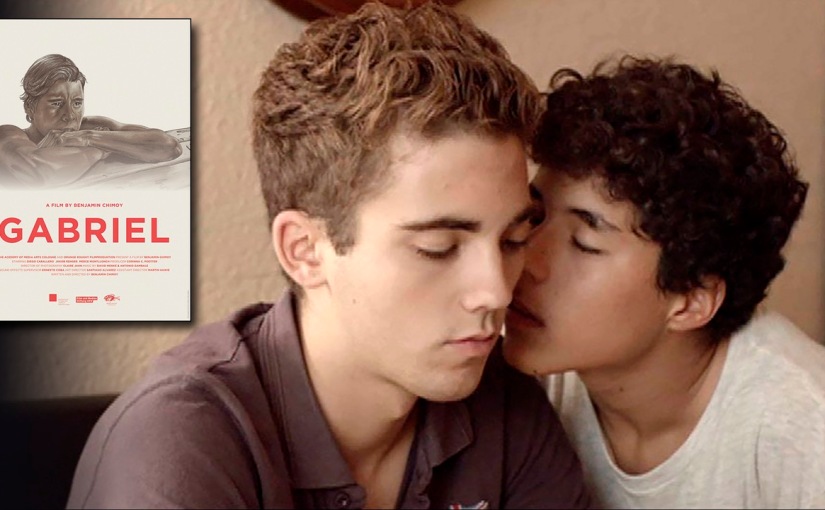