Shane, a gay Anishinaabe teen in Northern Ontario is struggling to support his family after his sister’s suicide. Torn between responsibilities at home and the promise of freedom calling from the city Shane must decide his true path. ‘Fire Song’ is available to stream now on Dekkoo!

The boyfriend of a handsome photographer tries to deal with his jealousy after finding nude photos he took of a gorgeous model. Dekkoo Films presents ‘The Jealous Sea’. Watch it now!

‘Drag Heals’ is a documentary series that follows men who have never worn heels or make-up but have always dreamed of letting their inner drag queen out. Stream the entire series now on Dekkoo!

Coming next week: Four friends. One swimming pool. One house. One phone call. One question – What if the love of our life came back 10 years after everything was over?

In a remote fishing village in Iceland, teenage boys Thor and Christian experience a turbulent summer, as one tries to win the heart of a girl, while the other discovers new feelings toward his best friend. When summer ends and the harsh nature of Iceland takes back its rights, it’s time to leave the playground and face adulthood. ‘Heartstone’ is available to stream now on Dekkoo!

After four years of escorting to pay for college, Dane struggles to transition into a new reality and must say goodbye to one particular client. Don’t miss the wonderful gay short ‘Getting Off’!

‘The Constitution’ tells the story of four people who live in the same building, but avoid each other because of the differences in their lifestyles, sexual habits, nationality and religion. Stream it now on Dekkoo!

Coming next week: A documentary series that follows men who have always dreamed of letting their inner drag queen out! 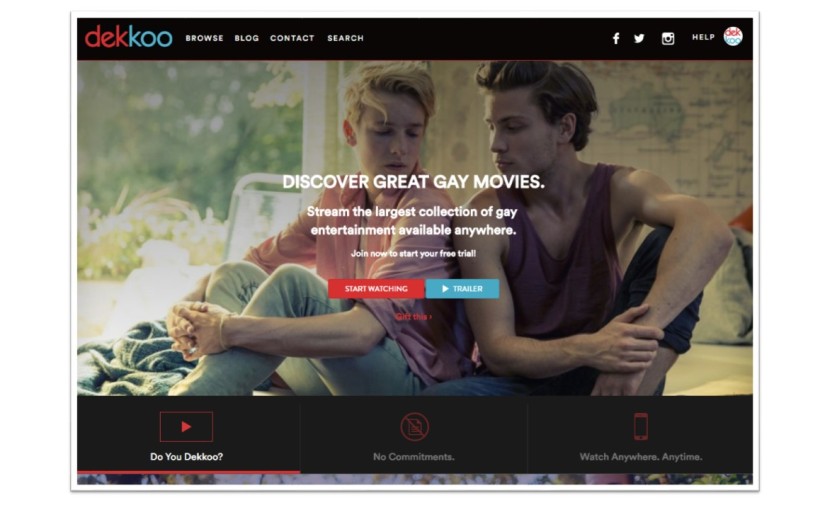 A wonderful piece about Dekkoo appeared on the Huff Post earlier this week. The article discusses our dedication to the success of our collaborations with filmmakers (like our partnership with creator Pablo Andreu and his series STRAY) and our mission of bringing gay audiences programming that, in many cases, can’t be found on any other digital platform.

You can read the full article here!